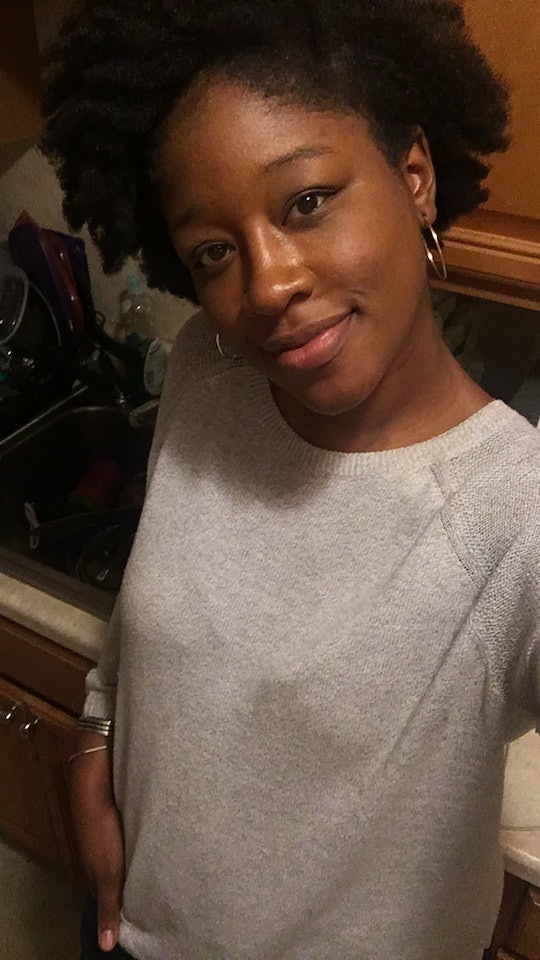 I Was Shamed For Being A Young Mom

If you ask any woman who has ever been pregnant, she will likely tell you that being pregnant is an open invitation for people to give you unsolicited advice, remarks, and comments. Typically, I am open to receiving advice when I'm about to embark on uncharted waters, and when I was having my first child, that was certainly the case. I had no idea what to expect from the experience, so I wanted other people to share their opinions with me.

And boy, did people have opinions. Whether it was my dad telling me that finding out the sex of my baby before birth would ruin the special magic of child-rearing, or my step-mother telling me to just get the epidural because there's no first-place trophy for women who endured the most pain during labor, I was willing to take just about all advice in stride. Anything that sounded strange, annoying, or useless, I’d simply nod and smile and completely wipe it from my brain as if I'd never heard it.

For most of my pregnancy, people were fairly reasonable about giving me their advice. Some of the advice I received I actually took to heart and it still helps me out today, like when I was told to be patient and savor my son's childhood, because kids actually do grow up incredibly fast. But in the midst of all this advice, there was one thing a stranger told me that deeply wounded me, and I will never, ever forget it.

When I found out I was expecting, I was young, but I wasn't ridiculously young: I was approaching 23, and I was working in retail during my last year of college. The circumstances were not ideal, but they were definitely manageable. At the time, I had a supportive partner, a great support system from my family and friends, and a strong feeling that I was ready to become a mom.

She looked at me and asked: "So, will you be keeping your baby?" I stared at her blankly. She continued: "Because, you know, it's hard to raise children. It's not very easy."

As my pregnant belly started to round out and transform into an obvious baby bump, the unsolicited advice, questions, and touching from total strangers began. During an evening shift at my retail job, a customer approached my register while her husband and daughter played off to the side. With my baby bump sitting high, she asked me how far along I was. I told her and she continued peppering me with questions about the sex of the baby, and if I had chosen a name yet.

As I finished the transaction, the customer looked at me and asked, "So, will you be keeping your baby?" I stared at her blankly. She continued: "Because, you know, it's hard to raise children. It's not very easy."

I was both stunned and absolutely baffled by her comment, so I couldn't even respond. I couldn't believe that she’d have the nerve to blurt out such a thing when she didn’t know anything about me or my life circumstances. Why would she assume that I was in a situation where I wouldn’t be able to raise the child that I was proudly carrying? I’m not sure if it was my retail job or my youthful look that gave her the feeling that I somehow wouldn’t be able to parent my child, but either way, the question was incredibly offensive.

From the moment I found out I was pregnant, I didn’t take a second to question whether I should or shouldn’t go through with having my baby. I threw myself into preparing for bringing a new life into the world. But at that moment, when that customer questioned my ability to care for my unborn baby, it threw me into a mental whirlwind.

Was I too young? Did I know what I was getting myself into? Was I ready to sacrifice life as I knew it for this little baby?

I went home that evening questioning everything. Was I too young? Did I know what I was getting myself into? Was I ready to sacrifice life as I knew it for this little baby? Before I let those destructive, unproductive thoughts consume me, however, I had to stop myself. This woman did not know me. She did not know how excited I was when I heard my baby’s heartbeat for the first time. She didn’t know that becoming a mother was something I felt like I was meant to do.

While the woman probably failed to realize how hurtful her words were, I wish I'd had the nerve to tell her just how inappropriate her question was. Asking me if I was going to keep my baby was not only none of her business, but it also posited that I was unqualified for the position in a way that she, somehow, for some reason, wasn't. It was almost as if she was saying I didn’t deserve the pleasure of becoming a mom, because I was likely going to screw it up. And this, of course, was a conclusion with no basis.

Now, a few years after that awkward and embarrassing moment, I can laugh at her ridiculous comment. Yes, motherhood is incredibly difficult. It involves a commitment to making sacrifices that you would be unwilling to make for any other job on the planet. But I know now more than ever that it is a position and title I was born to hold.

More Like This
From Captions To Gifts, These Are All The Kindergarten Graduation Ideas You Need
Fun Ways To Celebrate National School Nurse Day
A C-Section Actually Doesn't Take As Long As You Think, According To Experts
A Mother’s Day Garden Of Grief