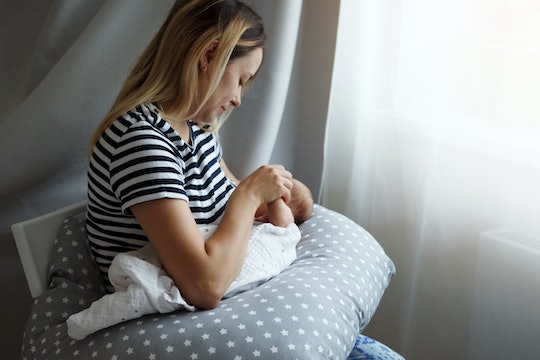 9 Things Your Breastfeeding Nipples Would Say If They Could Talk

The truth about breastfeeding, and the sometimes harsh reality of life for lactating parents, is often hidden under a banner of serene nursing anecdotes and #NormalizeBreastfeeding pictures. But if those breastfeeding nipples could talk? Oh, dear reader. They would have a lot to say.

Lactating nipples carry endless untold secrets of pain, pleasure, defeat and triumph, so I say we take every opportunity afforded to us and milk them for all their worth. After all, they never get the chance to express themselves. (Are the breastfeeding puns getting old yet? No. Alright then. Please proceed.)

Make no mistake, lactating nipples are resilient. From potential latch complications and sporadic bites, to the use of nipple shields (why are they so complicated?!) and random leaks courtesy of someone else's kid crying in the cereal aisle (thanks kid), we should be paying consistent homage to the nipples of nursing parents. But they're often hidden behind nursing covers and met with raised eyebrows on the judgmental faces of strangers, so rarely do they get the credit they deserve.