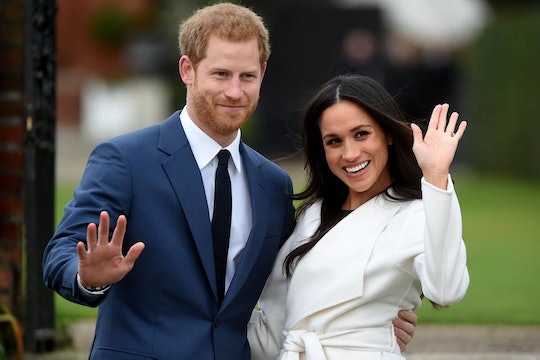 If You Think Meghan Markle's Engagement Is No Big Deal, You're Probably White

Whether you are all heart eyes over the royal family or can’t even name Prince William's kids, Prince Harry's engagement to Meghan Markle is worth tuning in. The royal family's big announcement Monday wasn't just the promise of another royal wedding; it signaled major shifts in our symbols of power, beauty, and happiness. Markle, an American and and actress, looks nothing like the picture of UK royalty that we are used to. She is outspoken, she is divorced, and most significantly, she is a woman of color. Let's be really clear: this is monumental.

Markle is not a conventional choice for Harry's wife — technically, those in the line of succession to the British throne can marry anyone the Queen approves, but let's be honest: nobody saw Elizabeth II's grandson marrying a 36-year-old biracial actress and avowed feminist from Los Angeles, California. For centuries, the British monarchy has been the world's most visible emblem of birthright privilege and power and whiteness. There are some who argue that Markle's engagement means nothing because the monarchy means nothing — the Queen is, after all, a figurehead, and her progeny are celebrities who have not ever made an album, TV show, or movie. But the outpouring of emotion around royal engagements, weddings, and births, along with the amount of media attention those events receive, means the royals are among the most popular and visible symbols in the world. And as every black woman knows, representation matters. 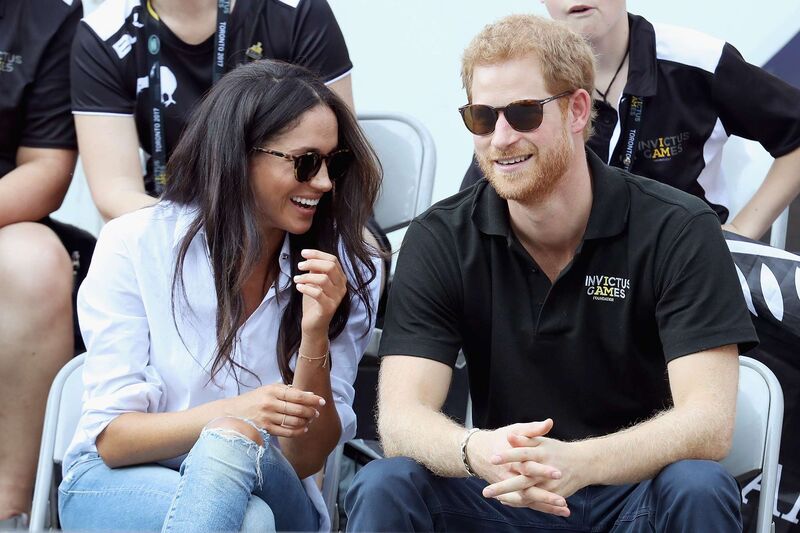 Born to a black mother and white father, Markle knows about representation, or lack thereof. She has had to navigate Hollywood — and America — as a biracial woman. In an essay she wrote for Elle UK in 2015, she recalled having to fill out a questionnaire in English class where she was asked to check one box for her ethnicity. "There I was (my curly hair, my freckled face, my pale skin, my mixed race) looking down at these boxes, not wanting to mess up, but not knowing what to do." She left it blank, feeling like her identity was blank. When she told her father about the incident, he responded, "'If that happens again, you draw your own box.'"

She also described her struggle to find a place where she fit professionally. She wrote, "I wasn't black enough for the black roles and I wasn't white enough for the white ones, leaving me somewhere in the middle as the ethnic chameleon who couldn't book a job."

Markle is not only a strong writer but a speaker and advocate. She spoke about her pride in being a feminist at the United Nations Conference on International Women’s Day, and along with over 70 other celebrities, she signed a petition to address the issues of poverty and gender inequality. In a world that likes its princesses to be silent (hello, Ariel?) and fair-skinned (literally Snow White), this princess (or duchess, whatever) won't be silent, and she won't be white.

No one understood the power of symbols more than Princess Diana, who famously bridged the gap between overlooked humanitarian causes and the developed world by walking among those who were suffering. As Harry has recounted many times, in the '80s, when much of the public still believed you could catch HIV just from touching a person with the virus, Diana was photographed holding the hand of a man with AIDS, instantly and dramatically reducing the stigma around it.

The Duchess of Cambridge, Prince Williams's wife Catherine, is often compared to Princess Diana for her work advocating for families and mental health issues. Alongside Prince William and Prince Harry, Kate has made major strides in removing the stigma around mental health. The three of them realize the power they have in largely symbolic roles.

But if Princess Diana and Kate Middleton gave the royal family a nudge toward change, Markle will give it a solid shove into a more inclusive future. Simply by dating Prince Harry, Markle precipitated the first royal statement on racism. In response to a Daily Mail headline that shouted that Markle was "Straight Outta Compton," a representative of Prince Harry denounced "the smear on the front page of a national newspaper; the racial undertones of comment pieces." Suddenly, here we were, with one of the most conservative institutions in Britain speaking out against bigotry.

Markle will personify a dream come true for little girls of color when she marries Prince Harry next spring.

The palace has been accused of racial discrimination against its own staff in the recent past. Back in the 2001, a staff member claimed that she was subjected to racial jokes and discrimination while working in the palace. This year, it was discovered that there had not been any black people allowed to serve on the Queen's bodyguard in over 500 years. Seeing a woman of color in the royal family is a bold refutation of the persistent racism those specific examples represent and by, extension, the racist past of an empire built on colonization and subjugation.

We all love a royal wedding — the pageantry, the collectible Wedgewood plates — but I'm truly excited that the Brits' latest taxpayer blowout will afford our kids the opportunity to see a real biracial duchess in a wedding dress, marrying the love of her life.

As a young black girl growing up in the United States, I was constantly fed the notion that I wasn’t pretty enough, I wasn’t light enough, and I wasn’t white enough. Whether it was said to me directly or the undertones were felt through the exclusion of women of color from television and movies (except in the roles of servants), the message was received and fostered for years to come.

When Markle gets married to Prince Harry, it will show young girls of color everywhere that they not only have a role in the fairytale, but that they can be the protagonist, the object of beauty and admiration.

My mother tried to avoid this. Long before Amazon, she scoured toy stores for black Barbie dolls, black action figures, and black Cabbage Patch Dolls. It meant driving around from store to store until she found a doll that resembled a black girl. She told me, “I want you to have beautiful dolls and toys that look like you; that represent you so that you see them everyday.” As a child, I didn’t understand how my mother was trying to set me up to love myself by providing daily representation of black beauty outside of myself and her.

Watching my favorite Disney movies and television shows, I saw no black leading ladies or smart black women or women of color that were blazing a trail. I only had my black Barbies that provided me with the black female representation that I needed. Watching the world buzz about a royal bride who is half black takes me back to those days of unwrapping my black dolls for the first time. This royal wedding will be as much about love and pageantry as always, but this time it will also be about representation.

The racism won't end here. The couple will likely continue to experience subtle racism masked as wedding chit chat in the tabloids, and if they have children, Markle and her husband will have to educate their kids and the public about our ingrained racial biases, our shared history of inequality. But that just makes me more glad, and makes it more fortunate, that she's there. She is uniquely positioned to embody the historical shift that makes the royal family at least outwardly fine with a prince marrying a woman of color and to fight the very real, persistent racism that it has unsurprisingly aroused.

When Markle gets married to Prince Harry at Windsor Castle in what will undoubtedly be a gorgeous dress surrounded by dignitaries from around the world, it will show young girls of color everywhere that they not only have a role in the fairytale (to the extent that any royal marriage is actually a fairytale, but let's go with it), but that they can be the protagonist, the object of beauty and admiration and all that is good and pure. Those aren't necessarily things that we want little girls to aspire to — at least not exclusively — but little black girls have never had the vocabulary to do so. Now they will.