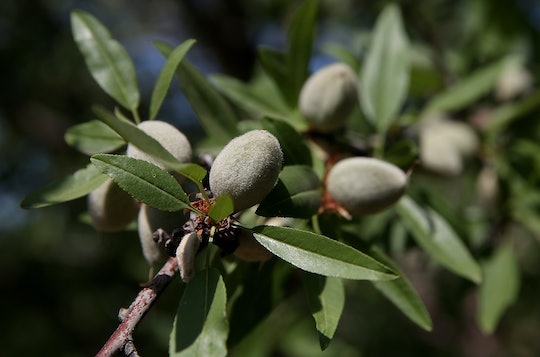 New Study Is Breakthrough For Kids With Nut Allergies

A friend of mine has a son with a peanut allergy. It's not an airborne allergy (if he touches a doorknob that's also been touched by someone with peanut butter on their hands, he's still OK) but he can't eat anything with peanuts in it. My friend is one of those really amazing moms who stays on top of his diet and makes him amazing peanut-free meals, but she has often told me she wishes he could eat some sort of nut. Thankfully it looks like there could be good news ahead; A recent study looked into peanut allergies and whether or not that translates into being automatically allergic to all tree nuts. And the results are hopeful: According to the study, which was recently published in Annals of Allergy, Asthma and Immunology, not all kids who are allergic to peanuts are necessarily going to be allergic to other tree nuts.

The reason for the false-positive, according to the study, could be that many people are being diagnosed with a nut allergy via a skin prick or positive blood sample, and this might not be as conclusive as once believed. In fact, the authors of the study found that a full 50 percent of patients who tested positive for tree nut allergies did not actually show allergic symptoms when taking an "oral food challenge."

Study authors worked with 109 people who tested positive for tree nut allergies by positive skin and blood pricks over the last eight years (peanuts are technically a legume and therefore in a slightly different category). Researchers offered test subjects small amounts of tree nuts like almonds and cashews every 15 to 20 minutes, paying close attention to possible allergic reactions like breaking out in hives or trouble breathing. It's important to note that this sort of testing is inadvisable without medical supervision, and researchers were at the ready with life-saving medications on hand if needed.

In the end, researchers found that more than half of the test subjects who had previously tested positive for tree nut allergies passed these oral food challenges, while nearly everyone who was allergic to peanuts passed the test. Why would the two tests turn up different results? According to the study authors, some people have antibodies that protect them from the affects of allergens through ingestion; Their system becomes sensitized.

Dr. Christopher Couch, lead author of the study and an allergist-immunologist, explained to Science Daily:

Too often, people are told they're allergic to tree nuts based on a blood or skin prick test. They take the results at face value and stop eating all tree nuts when they might not actually be allergic. We examined records of 109 people with a known tree nut allergy to an individual nut. They were tested for other tree nuts they had never eaten before using blood or skin prick tests. Despite showing a sensitivity to the additional tree nuts, more than 50 percent of those tested had no reaction in an oral food challenge.

The bottom line? Oral food challenges might be worrisome, but if they are carried out with medical supervision they could very well give a better picture of your child's allergic profile.