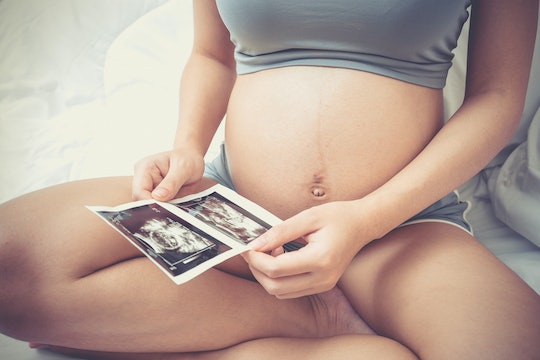 What A Previous Miscarriage Means For Your Pregnancy, According To An OB-GYN

You already know that getting pregnant is exciting, but it's also stressful and scary, especially if you've had a previous miscarriage. Everyone wants their pregnancies to be perfect and healthy, but suffering from a loss can make everything feel out of your control. You're probably nervous and worried about being pregnant again, but if you’ve had a miscarriage before, is your pregnancy considered high risk?

Thankfully, having one miscarriage doesn’t make your next pregnancy a high risk, as miscarriage rates for all women are 20 percent or one in five under the age of 35, according to Dr. Yvonne Bohn, an OB-GYN at Providence Saint John’s Health Center in Santa Monica, California. “If you have had one miscarriage, your risk isn’t higher for another one,” she says in an email interview.

However, even though your pregnancy isn’t considered high-risk if you’ve had a miscarriage in the past, your healthcare provider will probably watch your progesterone levels and hCG levels closely, and “during preconception, your OB-GYN will make sure that any chronic medical conditions are treated and in good control,” Bohn says. This is because untreated thyroid disease, uncontrolled diabetes, and blood clotting disorders are causes for miscarriage, even though they are uncommon. “The most common reason for a miscarriage is something genetically wrong with the embryo,” she says. “This occurs in about 90 percent of miscarriages.”

According to the American Pregnancy Association (APA), other factors that could cause your next pregnancy to be a high-risk pregnancy include problems during your previous pregnancy, carrying multiples, or if you delivered a baby early. “This doesn’t mean you’ll necessarily experience the same problems again, but previous problems with a pregnancy may cause your doctor to monitor your health and the progression of the pregnancy more,” the APA noted.

If you do have a high-risk pregnancy, you’ll just have more frequent visits to the OB-GYN and will be monitored more closely than someone who isn’t high risk. “If your condition is serious enough, you may even be referred to a maternal-fetal medicine (MFM) doctor for your care and treatment. This type of doctor has received special training in how to care for women who are dealing with a high-risk pregnancy,” the APA wrote.

If you’re one of the 20 percent of women who have had a previous miscarriage, don’t fret. Not only are you not alone, but this doesn’t necessarily mean you’ll have another one, nor does it mean your pregnancy is anything but healthy. If for some other reason your pregnancy ends up being high-risk, just remember that’s OK, too. You’ll just need to be monitored a little more closely throughout your pregnancy.