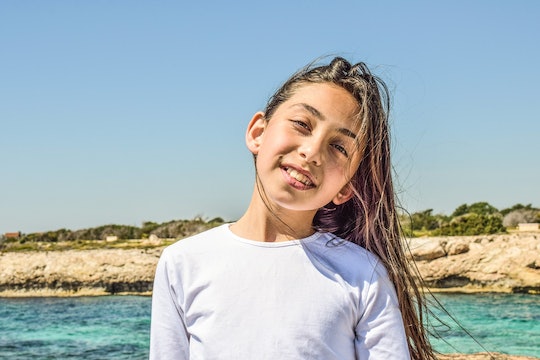 Look, our world is pretty messed up right now. Yes, of course, there's always positive news of someone paying it forward, or videos of cats getting scared by cucumbers to spread some happiness and laughter across the universe, but the fact remains that things aren't really looking all that good right now. From a possible government shutdown, tense foreign relations, and climate change threatening our beautiful natural habitats, the situation of late has felt pretty grim. But thanks to the internet, and particularly Twitter, laughter is being hand-delivered to the world in the form of a new hashtag — not only that, but these #IfKidsWereInCharge tweets prove adults need to step aside for a bit and let the little ones handle things.

The hashtag became a popular trending topic on Twitter on Thursday, as #TakeYourChildToWorkDay also occurred and was all over Twitter. But the tweets that point out how much funnier things would be if kids were in charge are especially good, it seems. And seriously, adults have pretty much screwed everyone over (multiple times), so how bad would it really be if we just stepped back and let children clean up our mess? After all, their minds are much more open, creative, and simplistic. They might even be able to solve the whole "are aliens real?" thing, for all we know.

Check out some of the best tweets for yourself, and allow Twitter to make your day:

Some Real Talk On The Best Kind Of Bank

Power Naps Would Be A Regular Thing

Be there with your blankie and bear, or be square.

A Better Alternative To Our Current Commander In Chief

All Animals Would Have Homes

But while most of the tweets were pretty hilarious, some felt a little too real, and made some pretty darn good points about our current political landscape:

How Court Cases Would Be Handled

It doesn't work in the classroom, so it probably shouldn't work in court, right?

The Health Care Debate Would Be Vastly Different

A More Introspective Look (& Kind Of A Scary One)

"War" Would Mean Something Else Entirely

Racism Would Be Countered With Love

Because the difference between kids and us is that, sure, kids see color, but they're a lot more loving, open, and appreciative of differences than we are.

Still, despite all the blazingly honest takes on the current state of our society, most of the tweets were pure, sweet, and hilarious:

I think all adults would benefit from this, to be honest.

I mean, this only makes sense.

How Disputes Would Be Settled

Punishments Would Be A Little More Lax

Stay there and don't come out! ... Until snack time.

We'd Never Worry About How To Power The Nation

What Would Be Playing On A Loop On All TVs

Basically, what's already been happening on your television since you had kids.

Don't act like you don't know all the words already.

If kids were in charge, let's be real, things would probably be a whole lot cooler than they are right now.