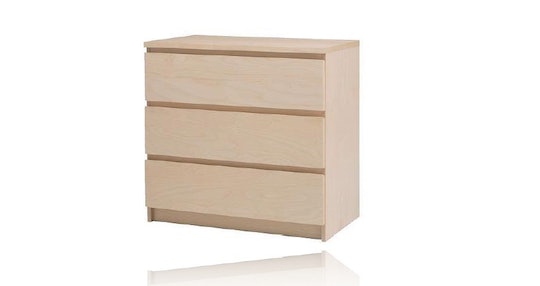 After The Reported Death Of An 8th Child, IKEA Is Recalling Millions Of Dressers Again

Another child has reportedly died as a result of a dresser that was not properly anchored to the wall. According to ABC News, a 2-year-old boy in California was crushed during his afternoon nap by a dresser from IKEA, and is now the eighth child to have died due to the MALM dresser. As the number of injuries has continued to rise throughout the country, IKEA has reissued a recall on the MALM dresser.

According to the U.S. Consumer Product Safety Commission, more than 90 children have been injured by the dresser and IKEA has reported 186 tip-over incidents. The reissued recall by IKEA, which was initially announced in June 2016, includes the following models:

This is the second reported tip-over incident that has reportedly resulted in the death of a toddler in the last six months; in May, a toddler in California was crushed by a MALM dresser that was not properly anchored to the wall, according to CNN. The outlet noted that there were 17.3 million recalled dressers sold online and in IKEA stores between January 2002 and June 2016.

The recalled dressers include child dressers taller than 23.5 inches and adult dressers taller than 29.5 inches. IKEA has been actively trying to spread the message that these dressers are not safe for use unless properly anchored, and is offering several remedies to either replace the faulty dressers or have a free in-home anchoring service upon request.

An IKEA representative told Romper in an email that the company is working with the CPSC to re-announce last year’s chest of drawer recall "in order to ask anyone with an IKEA chest of drawers that is not safely secured to the wall to take immediate action." The statement continued:

The most recent incident has indicated to us that there is more work to be done in spreading the message. IKEA and the CPSC want every consumer who has a recalled dresser to hear the message and participate in one of the solutions we are offering ... IKEA chests of drawers are safe when attached to the wall per the assembly instructions.

If parents find that they have one of recalled dressers and it is not attached to the wall, the company advised in the statement that they should "immediately" do the following:

IKEA has put in some serious effort into getting the word out about the recalled dressers to keep children safe; according to the statement, the Swedish retailer has shared the message to more than 13 million customers via social media, email lists, television ads, as well as digital and print advertising. Because of this, IKEA reports that more than 1 million dressers have been returned for full refund.

According to a report by ABC News, a lawyer for the unnamed family of the most eighth child to die because of the recalled dresser plans to sue the Swedish furniture company. The lawyer told the news outlet that this family was not aware of the recall. Another mother who lost her son in 2014 as a result of being crushed by the recalled dresser, Jacquelyn Collas, sued the company at the time and was awarded $16.6 million in April as a Philadelphia judge deemed it a wrongful death, according to ABC News.

The most important issue at this stage is to spread the word, use social media, and make sure that everyone who might own a recalled dresser knows not to use it, and knows exactly what to do if they have one.