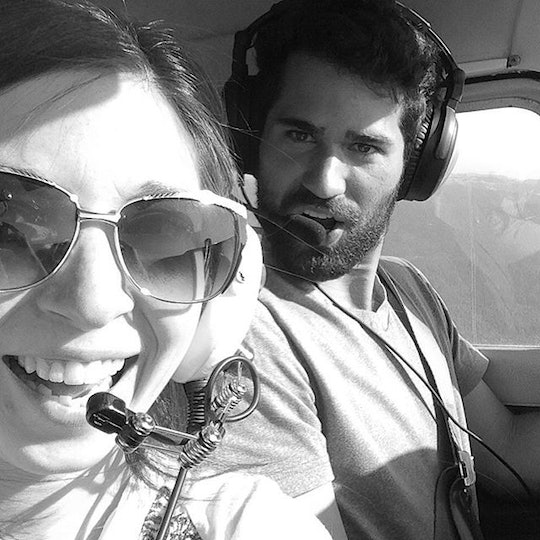 Millennial Moms Aren't "Entitled" At All

I’ve been up all night, doing load after load of laundry while tending to a vomiting child. I got up this morning and loaded up more laundry, cleaned up yet another vomiting episode, and bathed my sick kid while getting the other two kids ready to go to school. Today, I will be catching up on all the work I delayed last night, asking editors to extend my deadlines while I have a catatonic toddler stretched out across my lap. I’ll also call my friend to bring me milk and crackers instead of taking my sick kid into the world to get them. I will have my husband come home early to make sure we don’t have another car-vomiting episode when I pick up his older brother.

Sometimes, I question whether I lack self-reliance and strength because I lean on others in time of need. I ask myself: Am I just another entitled millennial trying to pass off my mothering and working duties to someone else? Or is the idea that millennials are "entitled" just, for lack of a better term, bullsh*t?

I thought about this yesterday when I came across a review of Nebraska senator Ben Sasse's new book The Vanishing American Adult. In the book, Sasse argues that millennials have been too molly-coddled by their own parents, and we don't understand the value of hard work.

"Millennials have acquired a collective reputation as needy, undisciplined, coddled, presumptuous, and lacking much of a filter between their public personas and their inner lives," Sasse writes, quoting managers who describe their young employees' “sense of entitlement, tendency to overshare on social media, and frankness verging on insubordination.”

Maybe Sasse is right, and I am averse to the hard work that motherhood requires. Maybe I never developed a sense of independence or a strong enough work ethic. Or maybe millennials don't have a "sense of entitlement" at all. Maybe we're just not afraid to ask for what we need.

Ben Sasse is certainly not the first to make these claims about millennials. In 2014, Nick Gillespie described my generation as "self-absorbed little monsters" who were spoiled by helicopter parents. The narrative of the selfish and entitled millennial is one we've heard over and over again. And now that millennials are becoming parents themselves, Gen X-ers like Sasse are here to give us parenting advice on how to buck up so we don't ruin the next generation.

Sasse often invokes his mom Elda as his role model, the ultimate example of maternal self-reliance and "grit." "I assumed that basically all young people everywhere had similar placeholder role models in their minds, and thus that the transmission of a work ethic to each next generation was more or less inevitable," he writes. He later reports that he was "painfully wrong" in that assumption.

Knowing when to ask for help doesn't make us "entitled." It makes us smart.

In Sasse's world, self-sacrifice and working yourself to the bone without any help are virtuous. They're not, or at least, they're not inherently so. When I delegate my responsibilities to someone else, especially when it comes to parenting, it's hard not to feel like I'm feeding into the stereotype of whiny millennials who feel entitled to outside help. But the thing is, why should I bend over backwards and run myself ragged when there are people willing to help me out? Do I need to sacrifice my other duties to prove that I have grit? To prove I’m “mom” enough? True, sick kids are part of the job description of parenthood, but that doesn’t necessarily mean I should expect to go it alone because of some misguided sense that motherhood means painful sacrifice.

We shouldn’t be ashamed to seek help when we need it or want it. We shouldn’t assume that parenthood, or any other type of work, should always require traveling a rocky road alone. Knowing when to ask for help doesn't make us entitled. It makes us smart.

This "pull yourself up by your bootstraps" mentality is often said to be lacking in millennials. But the truth is, we can pull ourselves up by our bootstraps. We are no less tough or self-reliant than previous generations. We're just only going to do it when we really need to.

We live in a world that is more collaborative than that of previous generations. We aren’t afraid to ask for help when we need it. That does not make us lazy or entitled or selfish. It means we are adaptable, we’re problem solvers, and we're excellent at figuring out our priorities.

I don’t think I’m entitled to anyone’s time and energy, but I sure am grateful when I have their help, and I don’t think that’s anything to be ashamed of.