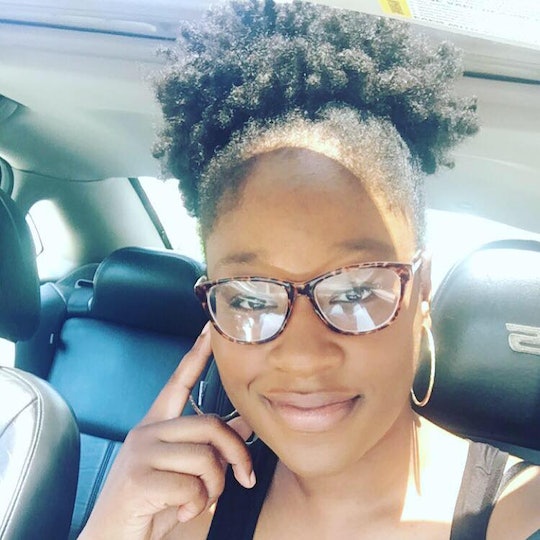 Shuffling around in the dark with just the glow of the nearby street light to guide my hands, I searched for where Greg had thrown my panties the night before. The evening had taken a turn for the best and I ended up spending the night in Greg’s Harlem apartment, well aware that I’d have to go to work the next day with sex hair, wearing same outfit I'd wore to work the day before. Kissing Greg on the forehead before rushing out to the train, I felt like a night of casual sex had re-energized me for the rest of the work week. It was my ex’s week with my son and I had the time see my fling for a spur-of-the-moment rendezvous.

I walked into work, silently rehearsing my story. I needed an explanation for why I looked like a disheveled mess and my outfit appeared vaguely familiar. I knew that if my co-workers, many of them fellow women with kids themselves, asked me about my appearance, I couldn't tell them the truth. I couldn't tell them that, just hours earlier, I'd been engaged in a spontaneous, fulfilling night of casual sex. I couldn’t tell them that Greg was not, in any way, my new boyfriend, future husband, or a potential step-father to my child. The truth is that, although I'm a single mother of a rambunctious 3 year old, I'm still a young woman with a vibrant sex drive. It's possible for me to enjoy sex without being in a constant search for Mr. Right. The two are completely separate. It's not one or the other for me. And frankly, I enjoy both.

It's abundantly clear to me that women, whether they're mothers or not, are judged for talking about enjoying sex or enjoying sex with more than one partner. The harsh single mom slut shaming comes from men, society, and other women as a whole. Women are called sluts, whores, and our entire character is under assassination for wanting to use our vaginas for something other than child-rearing. Shaming women for wanting to use their own bodies the way they see fit is absolutely ridiculous. Sex is a normal human desire that's not exclusive to men. One of my male friends who has no children of his own asked me why I wasn't concerned about contracting an STD, becoming pregnant by a random man, or otherwise adding more notches to my belt. I was stunned. Why is it that casual sex as a parent is automatically associated with high-risk behaviors and a lack of self preservation?

When I gave birth to my child, the doctor did not mention that, unless I stayed in my unhappy relationship, my libido would die and my clitoris would shrivel up into a dried-up raisin.

After ending a six-year long on-again, off-again relationship with my son’s dad, I'm emotionally exhausted. Going through the roller-coaster of emotions associated with a new relationship is not something I want to get involved in right now. I'm not ready for the work required to be in a relationship — and I'm not sure I want to introduce my son to any potential new partners. But even though I'm not ready for a new relationship or for a partnership that I'd need to include my son in, I'm also not ready to just... give up on my sex life. My sexuality as a woman, apart from my identity as a mom, is a major part of who I am. My sexuality gives me confidence, it makes me, and it puts me in control. By putting that on ice until I'm ready to be in a relationship would be like chipping off a chunk of who I am.

I'm not ashamed that I'm a 20-something-year-old woman who takes care of her child and her home and, on the weekends when her son is with his dad, also likes to take care of her own sexual needs.

I know that I'm capable of being an outstanding mother and also enjoying an amazing sex life. I'm not ashamed that I'm a 20-something-year-old woman who takes care of her child and her home and, on the weekends when her son is with his dad, also likes to take care of her own sexual needs. Of course, whether I am having monogamous sex or casual encounters, I always protect myself from diseases as well as unwanted pregnancies and I never put my son or my own well-being in jeopardy. But that's nobody's business but my own.

I'm not married. I'm a single mom. And while my married friends are having their sexual needs fulfilled and society is cool with it, I feel like I'm not allowed that same freedom.

For me, having casual sex with consenting partners is a no-strings-attached, low-expectation approach to feeding my sex drive. I decided some time ago that I was unwilling to choose between society's expectations of me as a parent and my own happiness. If I did, it'd be fighting a losing battle. Our society strips women of their individual identity and womanhood as soon as we become moms, and I'm not willing to trade one in for the other. When I became a single mom, there was this constant pressure to be try so hard to "fit in" with married women, as if to hide my own fatal flaw. People treated me like I should maintain a low-key sex life. But I'm not married. I'm a single mom. And while my married friends are having their sexual needs fulfilled and society is cool with it, I feel like I'm not allowed that same freedom. I want to feel sexy and desirable to the opposite sex, even if it's just for a night or for a fling. I deserve that. It's a shame our society doesn't think the same.

When I gave birth to my child, the doctor did not mention that, unless I stayed in my unhappy relationship, my libido would die and my clitoris would shrivel up into a dried-up raisin. Yes, women with children like sex too and casual sex allows me to be the best caregiver I can be to my son. It also allows me to tend to my own needs and that's nothing to be ashamed of as far as I'm concerned.