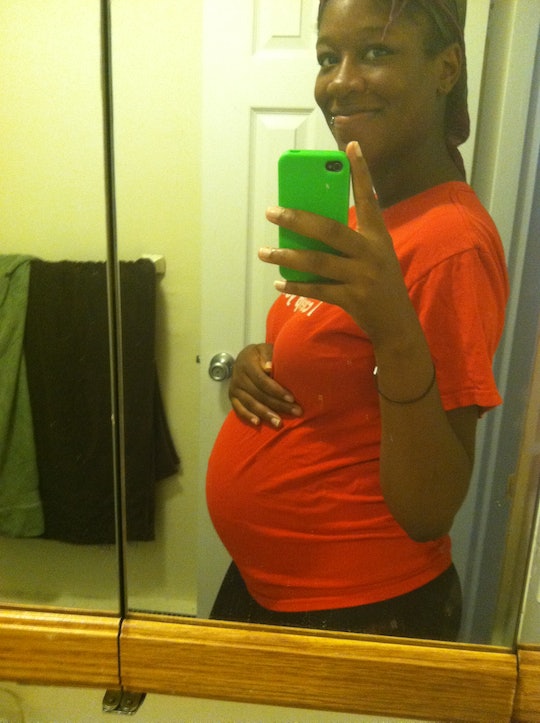 Since I was a little girl and learned where babies actually came from, I have been fascinated by pregnancy. How could I not be? Pregnancy is such a unique and special thing, and mothers have the amazing ability to carry life inside of our bodies and then bring life into this world. Even though I wasn’t entirely sure I wanted children, I was almost certain that I wanted to experience the process of carrying a child for myself.

When I found out that I was going to be a mom, I was incredibly excited for the long 9 months ahead of me of waddling, feeling baby kicks, and eating whatever I wanted. Now, years after experiencing the joys of creation for myself, I can wholeheartedly say that pregnancy absolutely sucked.

Fortunately, my pregnancy was relatively complication-free, so it would be unfair of me to portray it as riddled with every horrible side effect we’ve seen outlined on TV. I was lucky enough to not have to deal with throwing up in the wee hours of the morning during the first trimester, or the debilitating back pain that can plague women in the third trimester. However, somehow my pregnancy still managed to be absolutely horrific.

My first trimester sped by without an issue. My second trimester, according to the approximately 15 pregnancy apps I downloaded, should have been smooth sailing. Most experts say the second trimester is when you start to feel more like yourself and less like a nauseous, hormonal mess. But while the nausea was minimal throughout my pregnancy, my second trimester was riddled with soul-rocking migraines. The pain would radiate through my temples, behind my eyes, and I swear; into my soul. One night, my migraine was so overwhelming that I threw up out of pure pain.

To make matters worse, I found out that I was pregnant towards the end of winter, which meant that most of my pregnancy would take place during the summer. At first, that seemed great. I would have a fall baby and I wouldn’t have to invest in a maternity winter coat, which struck me as a win-win.

Just as it started to warm up outside, my pregnant belly popped, which is what I'd been looking forward to during my first trimester. Unfortunately, that summer turned out to be one of the hottest summers that I have ever experienced while living in the northeast. Every single day was muggy, steamy, and suffocatingly hot. Walking around with an ever-expanding belly was nothing short of absolutely excruciating. The worst part was that unlike a winter pregnancy, there was only so much I could purchase as far as clothes to make me feel a bit more comfortable.

By my third trimester, I was truly over the whole pregnancy thing. I was ready to welcome my baby boy and kiss pregnancy goodbye. I’d spent months fighting off migraines and trying not to melt from the heat wave. At this point, I simply looked forward to a speedy last trimester and finally holding my little baby.

I simply couldn’t take another damn day of pregnancy. I was ready to see my own vagina again, tie my own shoes, and shave my own damn legs without the fear of tipping over.

As the baby starts to descend into the birthing position, there is more room for us moms to eat and fulfill all of our pregnancy cravings. However, my third trimester was marked by aversions to my favorite treats and cravings for things I typically couldn’t stand. So while I really wanted to be drooling over a double cheeseburger, it was impossible for me to even stand the smell of a frying beef patty, although I was ripping through gallons of milk and bags of frozen peas like I never had before.

The one craving that I wanted to fulfill more than anything in my third trimester was a 12-inch deli sandwich with all of the fixings. But, with the looming threat of listeria hiding behind every Subway restaurant, the one thing I wanted more than air was the one food I couldn’t risk eating. To say it was torture would be putting it nicely.

The day that I finally went into labor was the beginning of my 39th week. As I waddled into the doctor's office and plopping my extra wide ass onto the table, I begged her to help me get labor started. Between the heat that made me feel sticky and wet all the time, the cravings, and the unrelenting migraines, I simply couldn’t take another damn day of pregnancy. I was ready to see my own vagina again, tie my own shoes, and shave my own damn legs without the fear of tipping over. Had I gone past 40 weeks, I would not have been ashamed of requesting that an induction be scheduled.

Pregnancy is an amazing experience that I feel thankful that I was able to go through. I also feel blessed that I came out on the other end with a beautiful baby boy. After all, I created an entire human inside of me and pushed him out: if that doesn't make you feel like a damn superhero, then nothing else will. Creating that life and carrying it around for nine months, however, was far from a cakewalk. In fact, it completely sucked – although of course, considering what I got out of it at the end, I wouldn't have done a thing differently.