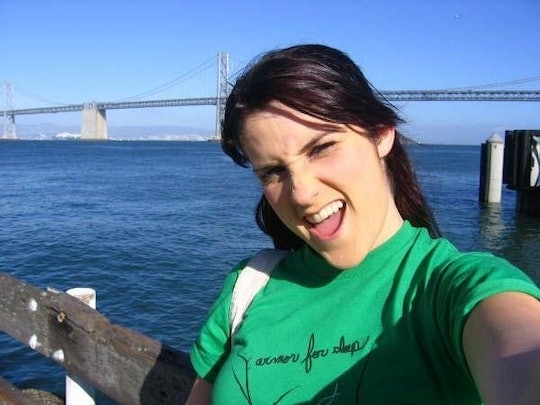 I'm Trying To Conceive & I Unfriended Someone Over Their Pregnancy Announcement: Here's Why

Jessie has been married for three years and trying to conceive for one year. This is the third installment of her Trying diary. To read the previous entry, go here.

I have reached that magical age where it seems as though every person I have ever known is having a baby. If you are having a baby, here’s something that I need you to know:

I am genuinely happy for you.

I am not lying or putting on a brave face when I send my congratulations, and I sincerely do mean it when I send you my well wishes. I hope and pray for your baby to arrive earthside in your arms with no complications and healthy as can be. I think it’s absolutely brilliant that your life is forever changed by a tiny human, and I’m not jealous of your joy. I am able to be sad for myself and my own inability to achieve what you have achieved, while still having the capacity to feel true happiness at your exciting news.

Hours before the announcement showed up on my social media news feed, I was still processing the highly anticipated results I had just received from my blood work. Not pregnant.

Still, there are those announcements that are going to be harder to handle, and that is just the way that this whole being human thing goes. This was something that I experienced recently.

The new parent to be was an old, good friend from high school who had recently gotten married. I’m not great at removing people from social media, much less my life. Some people collect stamps, or coins, or Harvey’s trays, while I have recently come to the realization that I collect friendships. I hold on to memories of better times, and give people the benefit of the doubt more than any person ever should, clinging to the nostalgia of a friendship or relationship that at one point held the many pieces of me together, but no longer serves any positive purpose. In this case, our friendship was way past the point of extinction; had long been toxic and in need of being put to rest.

Hours before the announcement showed up on my social media news feed, I was still processing the highly anticipated results I had just received from my blood work. Not pregnant. I had gone for a blood draw after getting multiple positive pregnancy tests to get a definitive read on the presence of HCG. The negative result felt like a hard blow to both my gut (which had been screaming that I was pregnant), and my self esteem. Seeing this announcement, something internally snapped.

After all of the times I had pushed my feelings down deep inside and smiled genuinely at someone and wished them well at the news of their expanding family, I couldn’t do it this time. Negativity swirled deep inside of the pit of my stomach, and I wasn’t sure which felt worse: the news that I wouldn’t be holding my own baby any time soon, or that yet another person on social media seemed to have unlocked that badge with seemingly the greatest of ease.

That’s the thing about social media, we have constant access to the carefully cultivated success of others. I have no actual idea what this couple went through in order to start their family and it is completely plausible that they had their own struggles in this process, of which are totally none of my business. The one thing that I knew for certain was that I am not comfortable feeling so negative about someone else’s joy. So I hit "unfriend."

I try to handle my infertility with as much grace as I possibly can.

I know that it sounds petty, and truthfully it is, but I’m not even a little bit sorry. This is something that my partner and I have wanted and hoped for and worked towards for over a year with no happy announcement anywhere in sight. Friend after friend and announcement after announcement have been met with big smiles and huge heartfelt congratulations, but the idea of seeing pictures on my feed for the next seven months of these smiling expectant parents seemed nearly impossible. This is a real and human process, with a metric shit ton of feelings involved. It doesn’t mean that I get to be an asshole, and I try to handle my infertility with as much grace as I possibly can. Sometimes this shit is just so frustrating, and depressing, and isolating that it can feel difficult to set aside your own sadness and give your full celebratory self to those that you actually like.

That same night I prayed and wished for healthy pregnancies and healthy mamas and babies all around, not just for that couple, but for a few others in my life that give me that overwhelmingly exasperating “when is it my turn?!?!” feeling.

I hoped and prayed that my former friend would be a good father, and through that become a better human being than he had been in previous times. It’s easy to be happy and mask your own desperate feeling of hopelessness when you are celebrating a loved one, but masking that same feeling when dealing with someone you don’t like or respect as a human being is damn near impossible.

Still, I tell myself, we only have room for babies and dogs in our home, there's no vacancy for bitterness in this house, or in this womb.