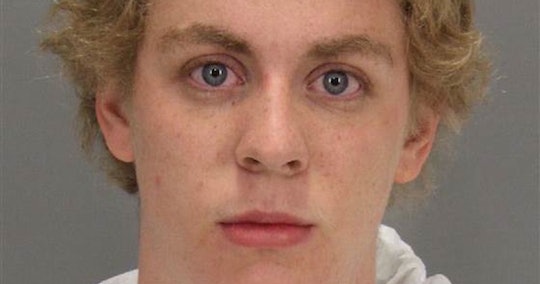 I'm Talking To My Sons About The Stanford Rape Case, & Here's Why

I see good men when I look at my four sons. I see men who are thoughtful, and funny, and whip smart. I see men who carry my things for me, who pay attention to the world around them, who are engaged and self-aware. Two of my sons are grown men with lovely girlfriends, women (I hope) they treat with respect. So I should be able to relax, right? I've done my job as a mother and a woman. Nope. Even though I love them and I think they are amazing people, I'm still talking to my sons about the Stanford rape case. I talked to them for a few reasons: because I want to make sure they understand consent implicitly, because I want them to think about accountability, and because I want them to truly think about the sort of men they would like to be.

The case of Brock Turner, a young, privileged man who sexually assaulted an unconscious woman behind a dumpster, haunts me, both as a woman and as a mother of sons. His actions haunt me, of course, but his utter refusal to take any sort of responsibility for his actions haunts me even more. What if he was my son? I've been thinking about that a lot lately. How would I react if this was my son? Would I react like Brock Turner's father, Dan Turner, and try to excuse my son's behavior? Would I, like Dan Turner, turn a blind eye to my son's rape and concern myself only with my son's well-being? Would I worry over his snacking habits and argue, as Dan Turner did in a letter to the judge, that six months in jail is “a steep price to pay for 20 minutes of action out of his 20 plus years of life”?

Don't get me wrong. My sons are the absolute loves of my life. I don't know any better people basically anywhere in the world. I would love them no matter what they did, absolutely. But excuse them for sexually assaulting someone? No. There is absolutely no excuse to have any form of sexual contact with a woman without her consent. Not alcohol, not a "party lifestyle" — nothing. And it's my job as the mother of sons to drive this point home every chance I get. Not because I think my sons are harmful human beings. Simply because I would rather they get their information at home from me than getting it anywhere else.

And while we were talking about Turner and his father, about the victim and the judge, we also talked about two shining examples of the sort of men I hope my sons will aspire to be.

Two Swedish students named Carl-Fredrik Arndt and Peter Jonsson were the men who happened upon Brock Turner "thrusting" on top of an unconscious woman on the Palo Alto campus of the university. They stopped the attack and gave chase when Turner tried to flee. As the victim said in her statement:

I sleep with two bicycles that I drew taped above my bed to remind myself there are heroes in this story. That we are looking out for one another. To have known all of these people, to have felt their protection and love, is something I will never forget.

Because not all privileged young men turn out like Brock Turner. Moral courage and integrity exist, and I like to believe my sons will take that powerful lesson away from this awful tragedy.