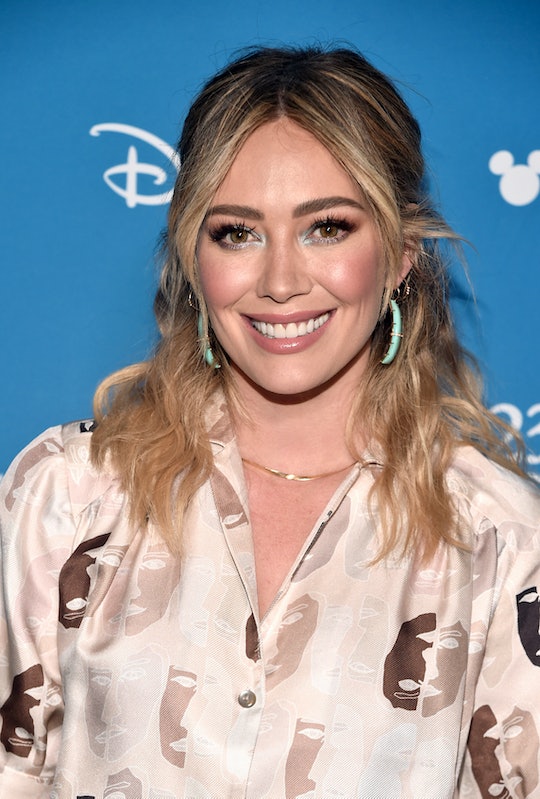 International Day Of The Girl is right around the corner; it falls on October 11 as it has every year since its inception in 2012. This year, the international day has an unlikely (and sweetly nostalgic) support system behind it: Care Bears™. That’s right, humanitarian organization CARE and children’s brand, Care Bears partnered "with more than 30 celebrities, artists, and influencers, to celebrate smart, strong, and capable girls around the world,” according to a press release for the partnership.

Unlike some of the more random international days, International Day Of The Girl has a clearly defined intention: "to highlight and address the needs and challenges girls face, while promoting girls' empowerment and the fulfillment of their human rights," per the United Nations website.

These are not the plushy Care Bears you may remember from your childhood though. (I was partial to Grumpy Bear and Daydream Bear, because that’s the kind of person I am.) The celebrity-designed bears are made from vinyl, which is great news because it means they’ll last a long time, plus painting on fur would be a catastrophe. Each bear will be auctioned off on eBay from October 10 through October 19, at a starting bid of $1. Proceeds will go towards furthering CARE’s mission of fighting global poverty through the empowerment of women and girls through girls’ education and STEM training, the ending of child marriage, climate justice, refugee support, and more.

In the current cultural climate, where, on a national level, women are still fighting for equal pay, reproductive rights, for their stories of harassment and abuse to be believed; and internationally girls face heinous realities like child marriage and a lack of access to clean water, it’s easy to see why celebrities would rally around this cause.

It's inspiring not only to see the bears and what they stand for, but to hear the celebrities speak about the importance of the cause. “My Day of the Girl Care Bear raises awareness about the 2.2 billion people around the world who still lack access to clean, safe water, which keeps their communities from thriving," Hilary Duff said. "I hope that Clean Water Bear inspires girls to speak out on the issues they are passionate about and lets them know that they are strong enough to fight for the changes they believe will make the world a better place.”

Other themes include Equality Bear designed by Ashlee Simpson, Diversity Bear by Iman, Sia’s Youth Empowerment Bear, and Sophia Bush’s Justice Bear, which is the bear version of Ruth Bader Ginsburg (dare I say Ruth Bear-der Gins-bear-g) and well… you’ll just have to see it for yourself to believe it.

This year's International Day Of The Girl has a special theme, “GirlForce: Unscripted and Unstoppable” (as stated in a UN press release and previously reported by in an earlier Romper article). The CARE and Care Bear collaboration celebrates the power and drive of girls and women worldwide, and recognizes that there is still much work to be done in the name of safety and equality for all girls, everywhere.

“Our work at CARE is rooted in the understanding that women and girls are the key to lifting families and communities out of poverty, which is why International Day of the Girl is such an important moment,” said CARE President & CEO, Michelle Nunn. "When women and girls have the right tools, like access to clean water, education, and economic opportunities they are better placed to succeed. Bidding on a Care Bear will help us bring more of these tools to girls around the world.”

The International Day of the Girl Care Bears will be unveiled on October 10 at the Van Ness Elementary School in Los Angeles, which means a lucky few get to see the bear squad before they’re snagged on eBay. From there, the Care Bears will presumably take a red-eye flight (imagine the adventures), then be displayed at Showfields in New York City on October 12. If you’re in NYC take a look while you can; these bears will go down in herstory.