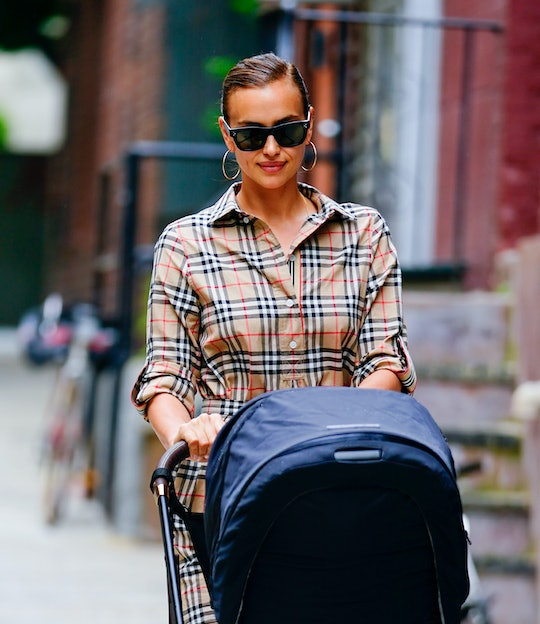 Even with the spotlight thrust upon them, some celebs choose to keep their private lives a bit more under wraps. And when they do speak out, the world takes notice, like when Irina Shayk recently gave an interview, during which she talked about her former partner Bradley Cooper and adjusting to single motherhood following their split back in June 2019.

Shayk and Cooper kept their relationship primarily private, so it's no surprise that their breakup last year was a bit hushed as well. Despite rumors circulating about Cooper being involved with Lady Gaga post-A Star Is Born and numerous unnamed sources speaking with various media outlets, neither Shayk nor Cooper made a public statement about the breakup at the time.

But several months after the fact, Shayk sat down with British Vogue for her spring cover shoot and shared a bit of an update about where she is now as a woman and as a mother.

"I think in all good relationships you bring your best and your worst — it’s just the nature of a human being," she told the magazine. "Two great people don’t have to make a good couple ... I think we’ve been very lucky to experience what we had with each other. Life without B is new ground."

There's no mention of a new relationship on the horizon, but she did explain where her "toughness" comes from and how it could impact people's perception of her. "I have a strong personality and I definitely know what I want, and I think some men are scared of that," she told Vogue. "If somebody’s out of my life, they’re out of my life and I really cut all the ties, you know? I think some people are really scared of this coldness. I also think not many people know that underneath this there’s a nice, sweet person who cries in interviews."

Shayk returned to work shortly after separating from Cooper, being spotted at LAX after the news broke, apparently on her way to a modeling engagement, as E! News reported. She has since shared numerous photos to social media showing her posed in stunning locations and walking the runway. But like many working and co-parenting moms, Shayk said during her most recent interview that she struggles to wear both hats. "It’s hard to find a balance between being a single mom and being a working woman and provider," she told Vogue. "Trust me, there are days I wake up and I’m like, 'Oh my god, I don’t know what to do, I’m falling apart.'"

Despite the candid nature of her latest interview, fans of the Russian supermodel shouldn't expect a flood of personal information coming out in the future — particularly if she does start dating someone; it just isn't her style. Speaking with British Glamour last February, Shayk explained her preference for keeping her personal life personal.

"I have a lot of friends who share a lot of their personal life on Instagram or social media, very publicly. I admire it and I think it’s great— but I think it’s all about personal choice," she told Glamour last year. "Because my work requires me to be out there, I just decided my personal life will be quiet. That’s why it’s called personal, because it’s something for you and your family, and I feel happy with it."

While celebrities don't owe the public any sort of explanation or update on their personal lives, it is a treat when private people like Shayk feel inspired to open up. And in the face of so much speculation and change, it sounds like Shayk is doing just fine.