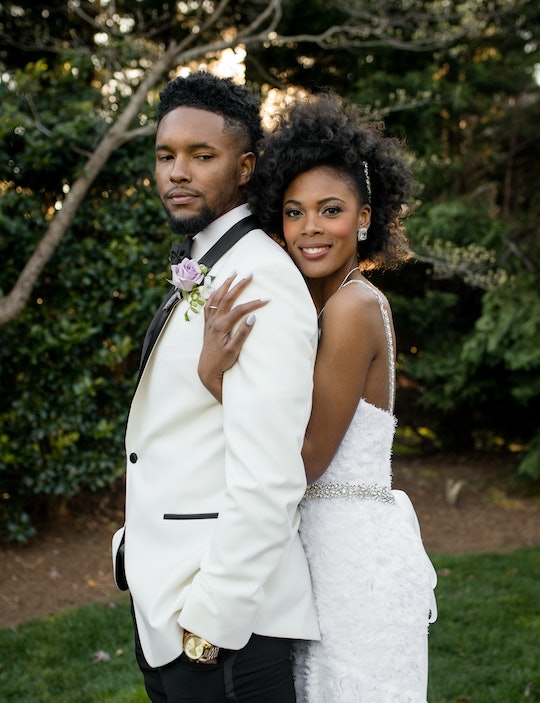 Everyone knows Iris is a virgin on Married At First Sight. It says so on her chyron at least a few times per episode: she's the "27-Year-Old Virgin" and new husband Keith is "The Mentor," which is his job. And now, I'm ready to hear about other aspects of her life before she was married. Honestly, the topic of Iris' virginity on Married At First Sight is such old news.

Sex is an important part of any marriage, and it's a subject that the show has explored in depth with every couple that signs up for the social experiment. Iris and Keith should and do talk about sex, and I'm even interested in watching that part of their relationship grow because they seem like a perfect match. But Iris' sexual history is just one aspect of her life and has very little to do with her personality. I want to know more about who she is. Right now all I know about her is that she's energetic and seems to talk about her virginity a lot. But being a virgin is not a personality — I want to know more.

What I'm seeing on screen is what she's choosing to reveal to Keith (while cameras are on). So, it's quite possible she's just very slow to reveal herself and wants to put the virginity at the forefront as a sort of wall of protection. I don't know. I do know that I can describe the personalities of every other cast member on the show in more detail than Iris and Keith. Her virginity has become a huge part of his narrative too, and it's just exhausting to watch.

It's a very reductive narrative for both of them. She's the energetic virgin and he's the... non-virgin. There has to be more to them than that. What makes them mad? What makes them smile? What are they looking forward to in their marriage other than sex?

I have a lot more insight into these things from the other couples than I do from Iris and Keith. But I should mention that maybe he doesn't have quite as much to teach her as viewers originally thought. In one moment on the show Keith asks Iris about her experience level and she seems to define "sex" as penetrative, heterosexual intercourse, revealing to him that she's done ~other stuff~.

Iris has the right to define sex however she wants to just like everyone else in the world, but this revelation shows that her experience level is varied and complicated — way more complex than the show has made it out to be. She is human and allowed to be. It's time to show me who that human is.

The media puts more emphasis on virginity than is necessary no matter what show broaches the subject. For example, Colton's season of The Bachelor sometimes seemed like a 10-week-long virgin joke.

Virginity just means you haven't found the person you want to have sex with yet. That's cool, but what are your goals in life? What topic sets you off on passionate rants? Those are the questions to ask to really discover who someone is at their core.

Iris seems to lead with her virginity and that's fine. But one day she's going to lose it and she seems committed enough to the process that she wants it to happen with Keith. So, I want to know who she is when she can no longer describe herself as a virgin first. I think it's safe to assume that she won't lead with, "My name is Iris and I've had sex with my husband." So, what will she say? I hope Married At First Sight will provide some answers soon.