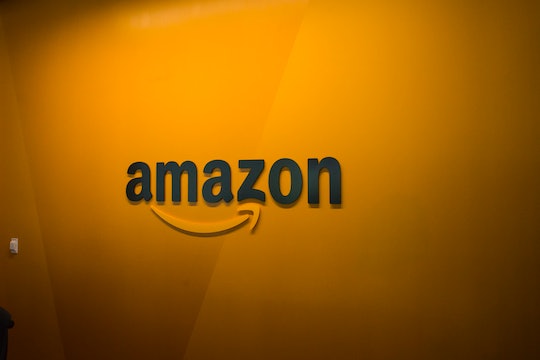 In a 48-hour span on July 15-16, Amazon will host their fourth annual Prime Day event. Amazon has advertised Prime Day deals on their website such as 50 percent off of women's active wear, Amazon Echo Input devices as low as $14.99, and must-have back to school items up to 30 percent off. Although there is plenty of hype surrounding the hot deals shoppers can expect during this two-day event, the question that begs to be asked is: Is Amazon Prime Day worth it?

While the deals on Prime Day are only available to those Amazon shoppers with a Prime membership (If you don't have one already, how do you even shop online?), the discounts that have been advertised up to this point seem like they will legit be worth shelling out cash for big ticket items on Prime Day 2019. Business Insider reported that the very first sale item announced by Amazon — a Toshiba HD 43-Inch Fire TV Edition Smart TV — will be marked down from $300 to $180, a savings of 40 percent. That's a Black Friday-level deal in the middle of July and for those in search of deeply discounted electronics like televisions and Amazon Alexa devices, the sale seems to be worth it.

According to multiple sources, shoppers in years past have reported that the deals on Prime Day don't always include top-of-the-line brands that they want to buy. This might have been true prior to 2019, but it seems as if Amazon has caught on to the desire shoppers have to score deals on their favorite brands and not just Amazon brands. Apple products like Air Pods and iPads, as well as Ring Doorbell products, will see steep discounts for Prime Day, according to Tech Radar.

If you have been thinking about trying out any of the products and services that Amazon offers like Amazon Fresh grocery delivery, Prime Video, or Amazon Music, Prime Day is a great time to add these services to your Amazon Prime account. Business Insider reported that discounts for Amazon services will range from small savings of $6 on your first month of a Prime Book Box subscription, to up to 40 percent off of groceries with Amazon Fresh, and $10 per month savings on Audible audiobook subscriptions. While the savings might seem a bit on the smaller side, if you're already looking into using these services, this is your chance to sign up and save a bit on something you were already probably going to purchase anyway.

Although you may be able to score some Amazon-specific products at a great price, Amazon isn't the only place to find deals on July 15-16. To rival Prime Day's offerings, Vox reported that eBay is set to offer deep discounts on July 15 for products on their website as part of eBay's Crash Sale aptly named as a trolling response to the 2018 Amazon Prime Day crash where Amazon's servers went berserk within minutes of the sale beginning. In the event that Amazon cannot handle the traffic increase to their site yet again, shoppers can always head over to eBay to check out discounts on items from brands like KitchenAid, Apple, and Samsung, which eBay touts on their website that you can nab with "free shipping and no membership required."

Target will also hold a sale on July 15-16 in answer to Prime Day, promising the retailer's "biggest sale of the summer" in a press release June 25. Although few details have been released regarding the exact nature of what will be included in the sale, knowing that there will be another retailer offering competitive pricing during the Prime Day timeframe gives shoppers some work to do when it comes to comparing deals.

As with any type of online shopping, it's always a good idea to look around on different websites before deciding where to buy, but setting aside some time on July 15-16 to do just that while Prime Day is in full swing might save you some serious cash.

Aside from the product deals, if you're a Taylor Swift fan, the number one thing that makes Amazon Prime Day totally worth it — an exclusive Taylor Swift concert to kick off the event streaming live for Prime members only July 10. So. Worth. It.