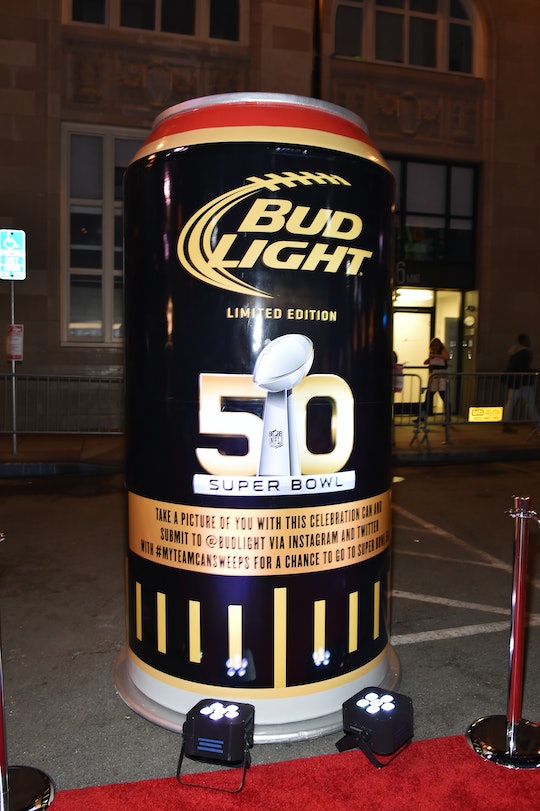 Is Budweiser Really Changing Its Name To 'America'? For A Short Time, Yes

So here is what I think of when I think "America" (bearing in mind that I am Canadian, of course): excellent television programming, autumn leaves in New England, magnolia trees in the Carolinas. Beaches with sharks, Disney everything. And now, I guess, beer. Anheuser-Busch, the company that brought you the beer formerly known as Budweiser, is changing Budweiser's name to "America." That's right, as of May 23 you can go into your local watering hole and ask for a nice tall glass of America. Which sounds like a line from a John Wayne movie, if you ask me.

Anhauser-Busch announced its decision to change the logo on their 12 ounce cans and bottles from "Budweiser" to "America" on Tuesday, but don't expect the change to be permanent, guys. The America label will be available from May 23 on through the November elections because the company wants “to inspire drinkers to celebrate America and Budweiser's shared values of freedom and authenticity.” And then on election day America can go back to being it's plain old self once more.

This won't be the first time the Belgium-based brewery has traded in on a little patriotism to sell some brewskis. In the past the labels have flaunted the Statue of Liberty and the American flag. This year, their new America brand will further attempt to inspire their drinkers by carrying lines from the Pledge of Allegiance and lyrics from "America The Beautiful" and "The Star-Spangled Banner".

Budweiser vice president Ricardo Marques has said in a press release that the new America logo should enjoy a very patriotic summer.

"We are embarking on what should be the most patriotic summer that this generation has ever seen, with Copa America Centenario being held on U.S. soil for the first time, Team USA competing at the Rio 2016 Olympic and Paralympic Games," Marques said.

And let's not forget, beer consumption increases exponentially in the summer, with the period between Memorial Day and Labor Day accounting for about one-third of yearly sales.

So the beer and marketing giant really couldn't have chosen a more opportune time to boldly exploit a nation's love for their country. Between Independence Day, barbecue season and tank top weather, America should be drinking plenty of Americas across America this summer.

Social media reaction to the short-term change of name from Budweiser to America has been swift and strong. Some savvy beer drinkers are happy to make light of the change... while others are poking fun on a broader scale.

So the next time you are out at a party, Americans, go help yourself to an icy cold, refreshing America, or an America Lite if you're watching your waistline. Because you've only got a few months to make that joke until you start drinking regular Budweiser again.