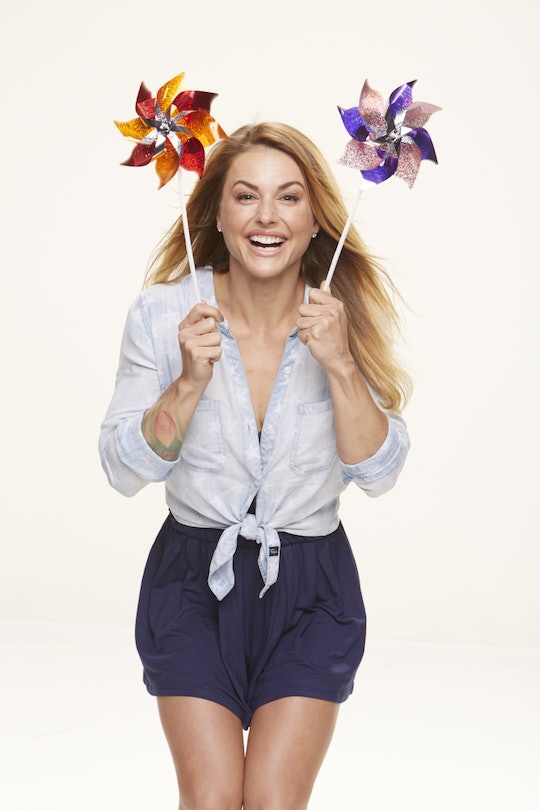 Is Christmas From 'BB19' Single?

Big Brother might be about strategizing and playing a good game to win $500,000 or at least the second place prize of $50,000, but somewhere along the way it also became about seeking out those showmances, because they definitely bring enough extra drama to keep things interesting. And on the Big Brother 19 premiere, some of the houseguests were already sizing each other up, including "fitness superstar" Christmas Abbott. But is Christmas Abbott from BB19 single?

This contestant has no shortage of contenders for her if she’s ready to enter into a showmance this season. According to her Big Brother interview with Jeff Schroeder, Christmas is single even though she’s "looking to win." But she also remarked that she wasn't completely opposed to the idea if it helped her win. "If the chemistry is there and it only increases my game, then it might be considered," she said. "I’m not going in trying to find a boyfriend."

And when she first met fellow houseguest Matt, who’s 28 and a very attractive silver fox, Christmas seemed to be interested right off the bat. "I see this silver fox, and I’m like, 'what?' I don’t know if I’m into older men, but I’m digging the silver," she said in the Diary Room. By the way, she’s actually 33, so he’s definitely not an older man.

But as one dedicated fan points out, Christmas’ relationship status might be new for the Big Brother 19 contestant. Redditor dakorpsta found a registry on TheKnot.com that looks like it belongs to Christmas and a man named Geoff Kercher. And if you go down pretty far in her Instagram, you can find a photo of Christmas and Geoff from Valentine’s Day 2017 with a caption that reads:

He is not only my rock, but whole heartedly believes I am capable of anything. He loves me for exactly who I am, especially my challenging side. I couldn't ask for a better partner even if I had weird science created him.

Of course something could have happened between February and June to cause Christmas and her apparent fiancé to break up, but as of now we have yet to know any details. Maybe they're still together but she's trying to come across as single as part of some winning strategy. Or maybe something happened to make them call it off. Either way, she seems to be keeping quiet about it for now.

According to Christmas, she’s single and open to showmances if they help her reach the top in the Big Brother game. So even if she has someone waiting for her back home, there could be an intricate strategy at play here.