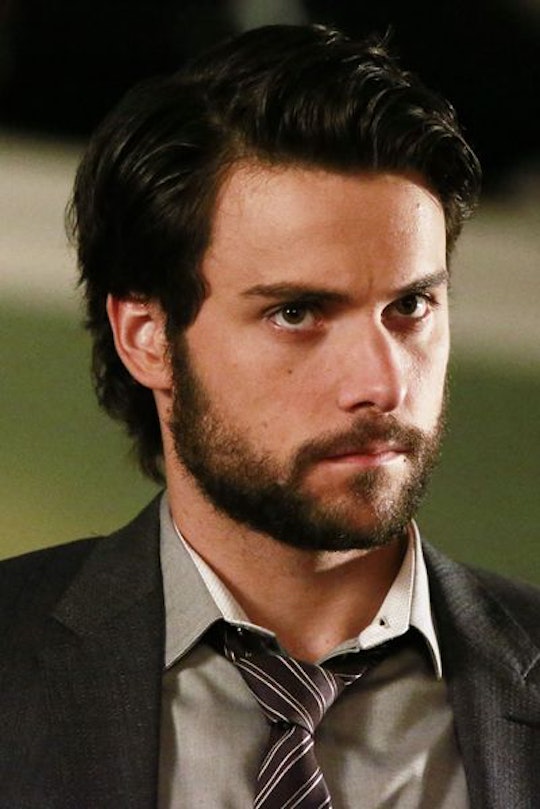 Is Connor Under The Sheet On 'How To Get Away With Murder'? His Death Could Be Imminent

However hard it might be to imagine that our boy Connor is dead on How To Get Away With Murder, let's agree to collectively suck it up and consider the possibility that he's the one they're talking about when they say an "unidentified male victim" died in Annalise's house fire. So far, we've seen Oliver and Asher cleared as possible candidates. And while I'm relieved to know they're both OK, that means Connor is still M.I.A. in the flash-forwards. So is Connor under the sheet on How To Get Away With Murder? The good news is, it doesn't quite add up as much as you'd think.

On the one hand, at this point, Connor is pretty expendable. He and Oliver are broken up, he's not a huge part of the storyline this season, and overall, he's almost unnecessary right now. So losing him wouldn't be a total loss, as sad as it is to say. (You know, except for the fact that fans everywhere would rebel in protest at this travesty.)

Then again, if Connor is as inconsequential as he may seem right now, where is the wow factor in killing him off? The big reveal of who's under the sheet on HTGAWM has to be something totally dramatic and heart-stopping. And although losing Connor would be a legit loss for us as fans, something tells me that the loss wouldn't hit Annalise as hard.

Annalise was downright horrified when she saw the body under the sheet, meaning that the death had to be someone very close to her. Is Connor close enough to have elicited that kind of response from her? True, he's one of the Keating Five and he's been dealt a few crappy hands since he's becoming part of the team, but his death isn't one that would rock Annalise as hard as that body under the sheet seemed to.

That leaves Frank, Wes, and Nate as possible contenders. Any of those three dying would hit Annalise pretty hard since she's had a special connection with each of them at some point. Viewers might all collectively mourn the loss of Connor (should it be revealed that he's the one under the sheet), but going off of Annalise's reaction, it's got to be someone closer to her.

In the flash-forward we also see Oliver frantically looking for Connor, whose phone was left at Michaela's house, but this is more than likely just a red herring. Keep in mind that this is also single Connor, who's been meeting guys from Thumper (the show's fictional version of the app Grindr), so he could easily be out with a random hookup while all of this mess is going on.

We still have a few episodes to go before the Season 3 finale of HTGAWM, but the list of possible victims is quickly dwindling down. Only time will tell who the victim ends up being.