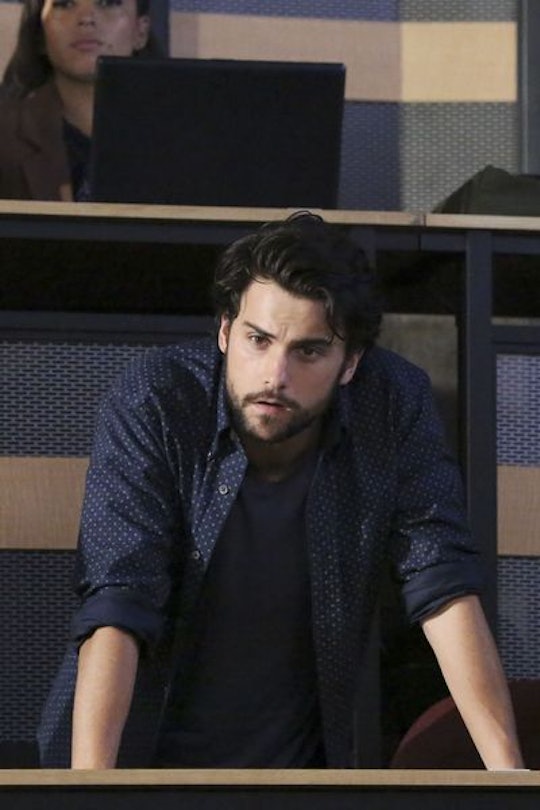 Is Connor Dead On 'How To Get Away With Murder'? The Victim Is A Male

There are only three episodes left until we find out who is under the sheet on How To Get Away With Murder, but after Thursday's episode, we finally have another big clue that narrows down the list considerably. But it also makes it possible for one of our favorites of the Keating Five to be the one who dies in the fire. So is Connor dead on How To Get Away With Murder? At the end of the episode, the news report on the hospital television said that there was an "unidentified male" found in a house fire, and so far, Connor is one of the male characters we haven't yet seen in the flash forward. So now is probably a good time to start freaking the freak out.

First let's take a look at the men we know are for sure still alive in the flash forward on HTGAWM. But so far the list is pretty slim. In fact, there has only been one male shown so far and that's Oliver. His frantic call to Connor at the end of the hour has sparked concern in all of us too and even though there are plenty of other males to choose from who could be dead, it's hard not to worry about a fan favorite.

Other than Connor, at this point, it could be Asher, Wes, Frank, or even Nate as the unidentified male whose body was found in a house fire, according to the news report viewers saw flash across the hospital TV screen. Nate would be the safest bet since he's pretty much done with Annalise and his body under the sheet would have made her flip out the way she did. Then again, she's lost more than one unborn baby and her Keating Five are kind of like her kids at this point, so maybe seeing Connor under the sheet on HTGAWM would set her off as well.

At the very least, we know that, in the flash forward, Connor is missing. His phone was left at Michaela's place and she had no idea where he was when Oliver called to try and find him. If Connor is alive, though, this could be the scare to push him and Oliver back together, which is probably the only plus side of worrying about whether or not Connor is dead on HTGAWM.

With just three episodes left until we find out who is under the sheet, there are far too many prospects still kicking around, but unfortunately, Connor is on that list of males whether we like it or not.