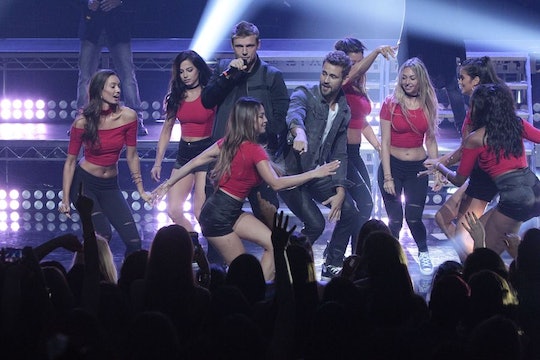 Corinne's 'Bachelor' Friendships May Surprise You

If you had asked any Bachelor fan at the beginning of the season if Corinne would walk away with friends, the answer would likely be “no.” But as the season went on, Corinne not only grew on fans, but also on the other women, despite the villain edits she seemed to get on most episodes. Now that it’s all said and done though, is Corinne friends with the other women on The Bachelor?

The show is all but over and it seems like most of them have been able to move past it and embrace the fact that they all experienced the show together. When you look at a lot of former Bachelor contestants, expecting them to bring the smack talk into real life, it’s surprising and totally endearing to learn that most of them become really good friends. Or, unbeknownst to viewers, they had already grown super close while living in the Bachelor Mansion. In Corinne’s case, both are apparently true whether that’s what you saw on the show or not.

When Rachel Lindsay appeared on Jimmy Kimmel Live! to announce herself as the next Bachelorette, she showed her support for Corinne and announced, “I’m Team Corn,” proving that there was obviously a lot more to Corinne’s relationships on The Bachelor than what viewers saw this season.

On Corinne’s Instagram, you can find tons of photos of her with different women from Season 21 of The Bachelor, including Kristina, who once had words with her about her disapproval of Corinne’s actions with Nick and the other women. But what we didn’t see was the apparent friendship that grew between these two women. It was enough to have Corinne caption this photo with, “Missing this love bug.”

Corinne also shared a screenshot from earlier this season of The Bachelor where she and Rachel were walking out to the rose ceremony holding hands. Corinne wrote under the photo, “This woman right here... So so proud to call her our new bachelorette and my very good friend. You've always been there for me and I love you more than words can describe you're gonna kill it baby!” How adorable can this girlmance possibly be? I vote for Corinne to show up next season on The Bachelorette to give her newfound BFF some help in choosing who to hand out roses to.

Even before Corinne was officially sent home on The Bachelor, she was posting photos of herself with other women from this season, showing that there is so much more to Corinne than we ever knew. Of course every season needs a "villain," but Corinne just wanted what everyone else wanted. And apparently along the way, she made some legitimate friendships.

Say what you will about Corinne and her actions on The Bachelor this season, but she obviously made plenty of real friends while competing for Nick’s love and if she’s not on the next season of Bachelor in Paradise, we riot. It’s as simple as that.