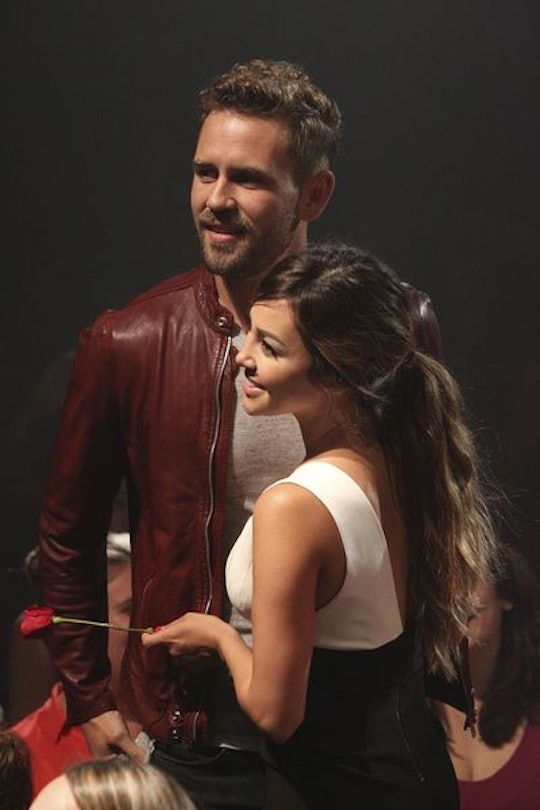 Danielle L. May Need Closure After 'The Bachelor'

One of the most anticipated parts of any season of The Bachelor is when the Women Tell All special airs. Not only because it means we’re that much closer to finding out who the Bachelor chooses, but also because we get to catch up with all of the favorite cast-offs that we haven't seen for a while. During Nick's season, this includes Danielle L., who seemed to have so much chemistry with Nick so early that her elimination was legit surprising. So, is Danielle L. dating anyone after The Bachelor?

Personally, I expected her to make it to at least hometown dates, but she was sent home before she had the chance to have Nick meet her family, so it's been a while since we last checked in with her. According to her social media, Danielle L. is still single, but she definitely seems open to finding love. The description of her Instagram account says: “Her love is the kind movies wish they could recreate. With a big heart, her love was only meant for someone strong enough to handle its weight,” so she’s totally a romantic, which just makes me love her even more. But while some people are all about hopping from relationship to relationship, Danielle L. is obviously the type to take those things more seriously and instead of jumping into the dating pool right after The Bachelor, she appears to just be enjoying hanging with friends.

Danielle L. and Nick’s relationship on The Bachelor really began when he slow-danced with her on-stage at a Backstreet Boys concert and it was already so clear that the two had a connection. Then, when Nick brought the women to his own hometown, he and Danielle L. shared a date at a local bakery and ended the day by talking to an ex-girlfriend of his. But even after the anti-climactic encounter, it was still a successful day for the budding couple.

Danielle L.’s journey, as they say, ended in another dramatic episode, which found her on a two-on-one date with Whitney, which ended with Nick eliminating Whitney during the date and whisking Danielle L. off in a helicopter (of course). But in a surprising turn of events, Nick also sent Danielle L. home later and tearfully confessed that the whole process of The Bachelor was starting to overwhelm him. That’s totally understandable, but for a guy who has been in Bachelor Nation for a while now, it was still surprising and sad to see him break down.

Since Danielle L. left The Bachelor, the product and business promoter seems like she’s been doing just fine. Under a photo she posted the night the episode aired — which showed her eliminated from The Bachelor — Danielle L. wrote:

Fate works in mysterious ways and although Nick and I had an incredible spark, it just wasn't in the cards for us. I'm thankful for this journey and ability to grow. I hope I've inspired you to be fearless when it comes to love.

Obviously she harbors no ill will toward the Bachelor himself, but it’ll still be exciting to see Danielle L. on The Bachelor Women Tell All special so she can confront Nick more about what happened and where it all went wrong.