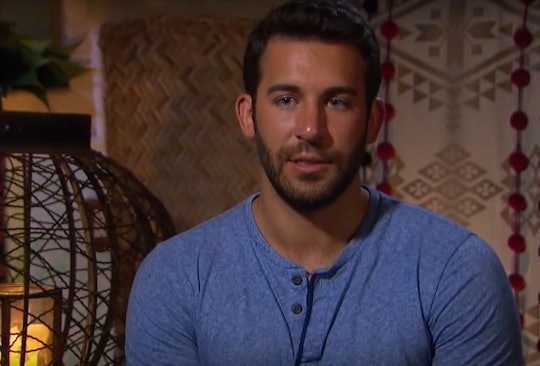 The only thing worse than going on Bachelor in Paradise and not finding love is finding a connection with two people and leaving with no engagement and no prospects. Although Derek left the show with a fiancé last time around, this season, he didn't have such luck. Derek should probably look elsewhere for a lasting connection, because Bachelor Nation doesn't seem to be working in his favor. And after his highs and lows this season, is Derek single after Bachelor in Paradise? Season 6 has been difficult for him and after losing his second shot at romance with someone, he sent himself home rather than try to pursue anyone else.

Judging by Derek’s Instagram, he is still single post-Paradise and he could even be the next Bachelor, according to Entertainment Tonight. He hasn't been formally asked, but he might be one of the contenders in the running for the next big gig in the franchise. He definitely got a Bachelor edit this season after putting his heart out there twice and losing two women he was interested in. He also showed a more fiery side when he argued with John Paul Jones on and off.

Derek has shown vulnerability and emotion and proved he won't be stepped on in the Bachelor In Paradise journey. Those are all important factors for a Bachelor lead.

Derek began Season 6 as part of one of the stronger couples. He was in a relationship with Demi almost immediately and they were having a lot of fun. It wasn't clear if either had totally fallen for the other before their breakup, but Derek seemed to be all in.

Then, Demi opened up to him about her conflicted feelings between Derek and Kristian, a woman she had been seeing back home. When Demi followed her heart and reunited with Kristian, Derek fully supported her. Again, that’s total Bachelor material behavior. But luckily for Derek, his time on Bachelor in Paradise didn't come to an end just because he and his partner had split up.

Derek found a second connection with Tayshia, who seemed all for pursuing things with him instead of JPJ, who she was also into. They could have been Paradise endgame, but Tayshia realized that her feelings weren't strong enough for Derek. I have to give props to both women for being upfront with Derek as soon as they knew how they felt and Derek took both breakups as well as can be expected.

Unfortunately, being dumped twice in one season was too much for Derek and he went home on Bachelor in Paradise. But there doesn't seem to be anyone else in his life outside of the show, at least for right now.

Instead of diving headfirst into another romantic relationship, Derek is investing most of his time in his other Bachelor Nation relationships, namely with Paradise alum and current bartender Wells. He also seems to have a sense of humor about spending the majority of Season 6 of Bachelor in Paradise dealing with relationship troubles.

Still, at the end of Monday’s episode, Derek made his feelings about finding love clear. When he decided to go home after Tayshia officially broke things off with him, effectively ending her messy love triangle with Derek and JPJ, Derek said in a talking head interview, "I just want to find somebody. Like, how many years do I have to wait for that to happen?"

Derek might be one of those Bachelor Nation stars you see on Bachelor in Paradise again before he finally finds someone (ahem, Nick Viall). But for now, it looks like he is single outside of the show and after having his heart broken twice in one season, that’s probably best.