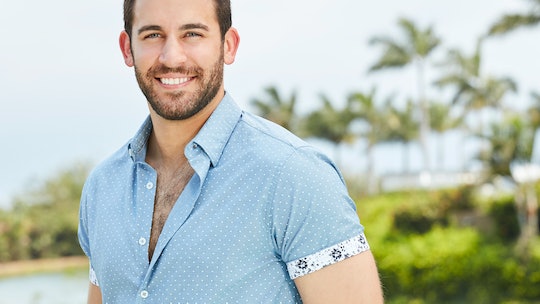 For those of you who may not know, Taylor is a mental health counselor who made her first appearance on Nick Viall's season of The Bachelor. Later that year, Taylor met Derek while filming the fourth season of BiP, and the rest was history. After hundreds of adorable moments on the beach in Mexico, Derek proposed to Taylor at the BiP after-show, where she happily — and tearfully — accepted.

However, the relationship did not last. In the summer of 2018, Taylor and Derek broke up. E! News cited long distance as a factor that led to the split, as Derek moved to New York City for a new job and Taylor stayed in Seattle.

"It is with much sadness that we have decided to end our engagement. We put everything we could into our relationship and are heartbroken to go forward separately, but we know this is the best decision for the both of us," Taylor and Derek said in a joint statement via Us Weekly. "We will still be present in each other's lives with support, admiration and respect for each other."

Despite their breakup, both Bachelor Nation contestants were able to move on. After seven months, E! News reported Taylor was dating a "Canada Man." Meanwhile, Derek dated The Hills alum Stephanie Pratt, but they have since broken up. Now, Derek is on the sixth season of Paradise, and it looks like Taylor is curious to see her ex's season.

In her podcast, "Let's Talk About It With Taylor Nolan," the former reality star opened up on Derek's return to Bachelor Nation. “I mean, I won’t lie, part of me definitely is curious to watch," Taylor said, per Us Weekly. "The other part of me feels like, I don’t know if it’s a smart decision to invite that stress and anxiety back in my life because it’s not just, like, this fun form of entertainment."

Taylor then explained why she may not be watching BiP. "It’s, you know, watching someone that I was in a deep [relationship] with and tried really hard with and didn’t work out," Taylor shared. "So I can’t. I’m going to be filled with so many thoughts and feelings if I watch, that part of me doesn’t want to be fully consumed by that. So I feel like I shouldn’t."

That said, Taylor seems to be rooting for everyone on the reality series. In a recent post on Instagram, Taylor gushed about BiP and thanked the show for all the memories and relationships she formed while filming. The star then touched on the "triggers and opportunities" that the season will undoubtedly bring. Nonetheless, Taylor ended the post with her support to BiP — and its contestants.

"I wish everyone on this season the best of luck in their journey to find love," she wrote.

Bachelor in Paradise airs Mondays and Tuesdays on ABC at 8 p.m. ET.