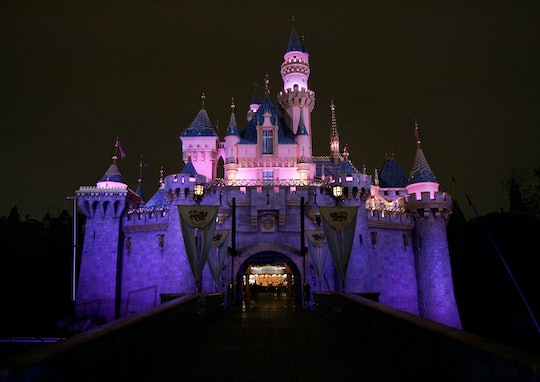 One of the tragic hallmarks of 2017 has been the scourge of natural disasters. Hurricanes, earthquakes, flooding, and now wildfires. The state of California has been besieged with raging wildfires over the past week, and firefighters are reportedly struggling to contain them. Many are wondering whether Disneyland will be closed because of the wildfires as the Santa Ana winds carry the fires across the southern part of the state.

The four wildfires are wreaking havoc on several communities in Southern California, with the cities of Ventura and Santa Paula seeing several thousand homes issued with mandatory evacuation notices. Those communities are just 70 miles north of Los Angeles. California Gov. Jerry Brown has issued a state of emergency for Ventura County, and firefighters are reportedly working around the clock to try to get ahead of the massive fires, according to CNN.

And the firefighters aren't the only ones who are struggling to deal with the side effects of the wildfires, like smoke inhalation and embers in the air causing eye irritation. Thomas Kruschke, spokesman for the Ventura County Fire Department, said in a statement to CNN:

But where, precisely, does that leave Disneyland?

Disneyland remains open for the time being, and will hopefully remain open for the foreseeable future as nearly 5,000 firefighters work to contain each of the blazes, a customer service employee at the amusement park told Romper on Thursday.

The worst of the fires — the Thomas Fire spans 96,000 acres and has cut off power to 9,000 homes — is focused the furthest from Disneyland, in northern Ventura County. More than half of the 5,000 firefighters working in California are focused on the Thomas Fire, which affects more than 50,000 people and threatens 15,000 buildings. The four fires together — Thomas, Creek, Rye, and Skirball — have consumed more than 116,000 acres. As of Thursday, the Thomas Fire was only 5 percent contained, according to The Orange County Register.

The most recent wildfires mark the second time California has been under a fiery siege within the last few months. In October, more than a dozen wildfires, brought on by several months of dry weather followed by high winds, burned more than 3,500 buildings and left 23 people dead, according to CNN. The Santa Ana winds carried the wildfires through the wine regions of Sonoma and Napa Counties, and left some of the rides at Disneyland covered in ash, according to USA Today.

Visitors who were at Disneyland at the time shared images of an eerie orange sky looming over the theme park, a by-product of the Canyon fire that burnt approximately 7,500 acres in nearby Anaheim Hills.

It's actually a rare thing for any of the Disney theme parks to close; when Disney World closed its doors for two days in Florida because of the threat of Hurricane Irma, it was only the fifth time in history that the park was closed.

While Disneyland remains open for guests, some might find getting there rather tricky. Several roads and freeways throughout Ventura and Los Angeles Counties are closed because of the threat of the wildfires, according to Fortune, and people who were planning on traveling by car to the theme park might want to consider checking the list of closed roads and freeways before heading out.

As the fires continue to grow and consume vast amounts of land, it's probably also a good idea to keep a close eye on the news. Because the high winds are making the jobs of the firefighters harder every day, and it's still difficult to know when the fires will be contained.