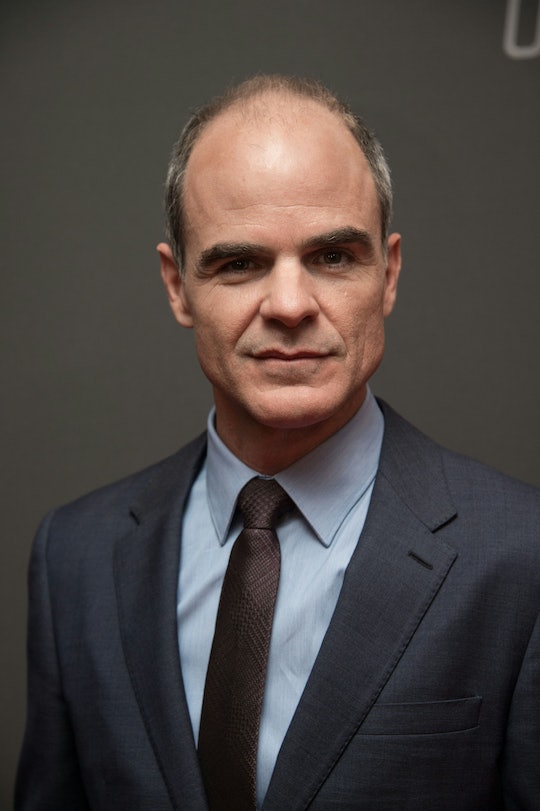 Is Doug Stamper Dead On 'House Of Cards'? Season 3 Showed An All-New Side Of Him

Frank Underwood doesn't trust too many people in the world. His wife Claire? Well, kinda, sorta. Secret Service Agent Edward Meechum? Definitely. And his right hand man Doug Stamper? Absolutely. Doug Stamper is the kind of guy Frank can trust. With his secrets, with his problems, and with his life. He's devoted. Merciless. Loyal. But what about Doug's life? With the big Season 2 cliffhanger fans were left wondering, is Doug Stamper dead on House of Cards?

I'll set the scene for you, shall I? There was Doug at the end of Season 2, left with a possibly fatal head injury in the middle of a forest by Rachel Posner. Rachel, in case you've forgotten, was the woman Doug had been mildly obsessed throughout Season 2. Not like, Underwood-level obsessed, but still pretty over-the-top. But when Doug followed Rachel, she nailed him across the head with a brick a few times and booked it out of there at double speed in his car. (See, Doug? That's what you get for always looking like you're about three seconds away from killing everyone.)

Doug laid there, incapacitated, completely unseen by a helicopter that was flying overhead. I think everyone thought he was dead. Hell, even Doug (Micheal Kelly)'s IRL parents thought he was dead. He told Deadline.com in a 2015 interview: “My dad was like, ‘Mom and I just finished and, I’ve got to say, you look pretty dead to me.’” And he looked pretty dead to a lot of fans who were none too pleased about it"

It's OK, everyone, he's not dead. We can all breathe a little easier, because Doug is still very much around. I was pretty upset about losing Doug too, at first. But Season 3 includes a very-much alive Stamper. In Season 3, Stamper had one of the longest, most painful, and (potentially) most realistic-looking recoveries I've ever experienced on television. We didn't lose Doug in all his soft-voiced, menacing, and eerily devoted-to-Frank glory. He proved to be able to live another day to do Frank Underwood's evil bidding without blinking an eye — oh, and since his physiotherapy he's been blinking his eyes much easier, I'm happy to report.

Don't we all need a Doug Stamper in our lives? Someone who is so unquestioning, so steadfast in their loyalty that they build their entire identity around your success and happiness? These people think so:

Season 3 showed a new kind of Doug, one who's probably much more terrifying than the Doug Stamper we saw in earlier seasons. Doug set out this season to prove his worth to his fearless Frank Underwood, and we learned very early on that Frank values physical strength maybe much more than he does mental and emotional, and watching Doug fight to get back into his good graces was both endearing and heartbreaking. Though Season 2 might've left a question mark on Doug's fate, Season 3 solidified it: where Frank is, Doug is somewhere close by, plotting and lurking in the shadows. And frankly, that should terrify you.