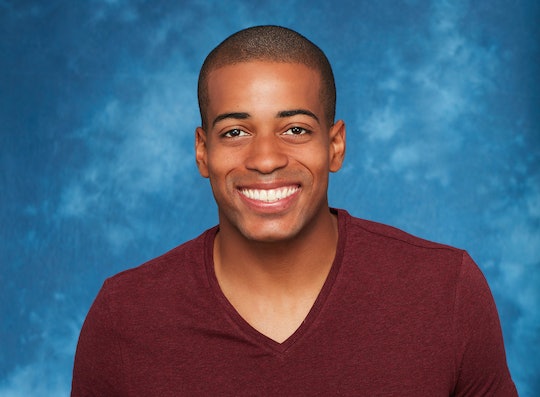 A major part of being a contestant on The Bachelorette is standing out. While it took some time for Eric to get there (unless you consider being worried about everything standing out, in which case he's been standing out all season), after his one-on-one date with Rachel, he might just be the dark horse of the season. The pair clearly had a great time together in Copenhagen, from Eric opening up to her about his childhood to sitting in a public hot tub together while several giant Danish men exposed themselves nearby, which I think is more than enough to bond two people for life. So is Eric single after The Bachelorette?

All season, Eric has been expressing his concerns about not having a one-on-one with Rachel, and when he finally got one, you could tell he really wanted it. He kept the energy high all day and practically lost his mind with joy when an elderly Danish man asked he and Rachel if they were married. Eric felt comfortable telling her about his difficult relationship with his mother, revealing to Rachel that he's never been in love before, and connecting with her over the fact that they both know what it's like to be held back by their emotions. The date went very well, and by the end of the night, Eric ended up with a rose in his hand.

As for dropping any hints on social media about his current relationship status, well, Eric has remained pretty tight-lipped about it, but there are definitely some clues to be taken into account. First of all, I will say that he makes sure to hashtag every single one of his Instagram posts with #TeamEric, so do with that information what you will. Secondly, he Instagrammed a truly terrible quality photo of he and Rachel on their date, but all the important stuff is in the caption.

After calling Rachel "the most beautiful person in the world," he went on to write to her, "You are the only one who allowed me to open my ❤ up and feel something I never felt, and it's so beautiful because WE create magic. Thank you for being so uniquely you, strong and vulnerable at the right time so we can feel what we felt, complete bliss. THE LOVE IS REAL!"

Complete bliss, huh? That definitely sounds like something someone who might be engaged might say. Then again, Eric is a professional motivational speaker, so he knows how to make flowery statements like that sound good. Maybe they really are in love, or maybe Lee's criticisms that Eric is too inexperienced in relationships to be the one for Rachel eventually become a real concern for her. Let's hope this isn't the case, because based on everything fans have seen so far, these two have a real shot of making it work.