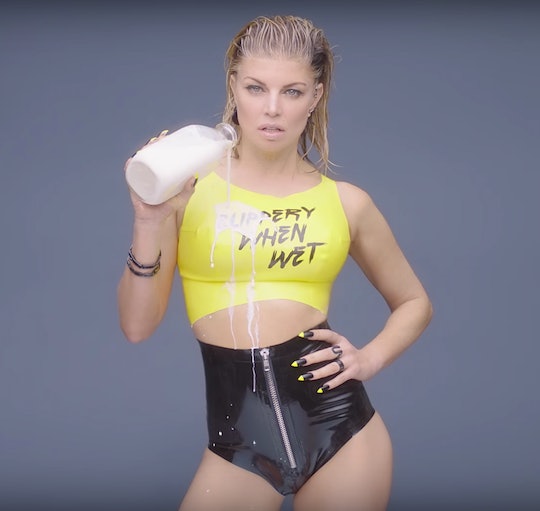 Is Everyone In Fergie's M.I.L.F. $ Video A Mom? They're Quite The Squad Of Moms To Follow

With the exception of one very dazed milkman (or "Milfman") cruising Milfville and other men whose appearances you'll miss if you blink, the answer is a resounding yes.

"Being a mom and having a career, taking care of yourself and still being able to be flirty and fun and a little naughty sometimes — there's nothing wrong with that," Fergie, who at 41 is the mother of 2-year-old Axl Jack Duhamel, told Access Hollywood in an interview about the concept for "M.I.L.F. $." "Society tries to tell moms what they should and shouldn't be, and it's just a little freeing to have fun with pushing those limits a bit."

So it's only appropriate that the lineup of beautiful women she recruited for the video are not only talented and well-known, but moms themselves as well.

Teigen and Kardashian are the biggest names asserting their sexuality, independence, and ability to make mad cash in addition to being moms, but "Goodies" singer Ciara and a slew of other super successful moms populate the video as well. There's supermodel Teigen of course, whose baby daughter, Luna — whom she heroically breastfeeds onscreen — was only about four weeks old at the time of filming. Then there's model/actress Amber Valleta, whose son, Auden, is a teenager who's even taller than she is.

Although many hailed "M.I.L.F. $" as a powerful ode to women's strength and capabilities — and sexiness in motherhood — the song isn't without its critics. Slate's Elissa Strauss, for example, lampooned it for playing into male sexual fantasies about motherhood and breastfeeding (really, there is a lot of milk), and celebrating women for their ability to be attractive and nothing else.

No matter what your opinion about the video and the song, it's clear that it frames motherhood in a provocative, memorable way — and that its celebrity moms are eager to showcase how their role as mothers does and does not define them.