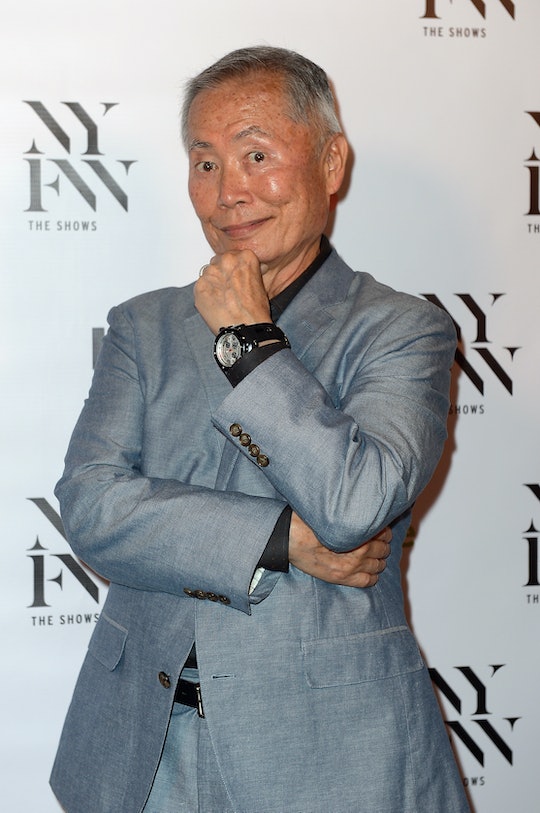 George Takei Made An Interesting Announcement

There was a time when George Takei was only known as, like, the third or fourth most popular guy on Star Trek. Those days are so last century, though. In the 21st century, Takei has made a name for himself on social media just by being really amazing at all things social media. And what does Takei plan on doing with his resurgence in popularity? According to his Twitter feed, George Takei is running for Congress.

The Daily Buzz initially reported that Takei and his husband, Brad Takei, recently purchased property in Visalia, Cal. with the express purpose of challenging Davin Nunes (head of the House Intelligence Committee) for his seat in Congress. Takei was quoted by the Daily Buzz saying:

Well, I guess the jig is up. With what is going on now in the country, I couldn’t stand by any longer merely as a citizen. I knew I had to take a bigger stand. So that’s why I’m running for Congress. My hope is to challenge Davin Nunes for his seat in 2018.

Takei, who has over 13 million followers on his social media accounts and has been a vocal critic of President Trump, went on to point out:

I think Nunes is vulnerable. And I plan to prove that. People are tired of his ass-kissing of Trump. Can I say that? I think I can. These days you can say pretty much anything and not get in trouble.I want to be a champion for all people, but especially those whose voices are not heard often in the halls of Congress. We need to build a majority again in Congress, too, to be a check against the Trump Administration’s excesses, assuming he’s even around by then to keep making horrific mistakes.

It turns out, Takei was just messing with all of us. The 79-year-old has no plans to run for Congress; although he would have a pretty strong voter base, if the initial tweets after his announcement were anything to go by. Potential voters were buoyed by Takei's honestly, his humor, his integrity, and his ability to drive the U.S.S. Enterprise (that last one was just me).

Unfortunately, his supporters will have to face the miserable disappointment and embarrassment that are the hallmarks of April Fool's Day. Takei won't be running for Congress. He will just continue to hound politicians through his social media accounts. Which is actually perfectly fine, right?

Now if only Donald Trump's presidency was an April Fool's joke... that would be something.