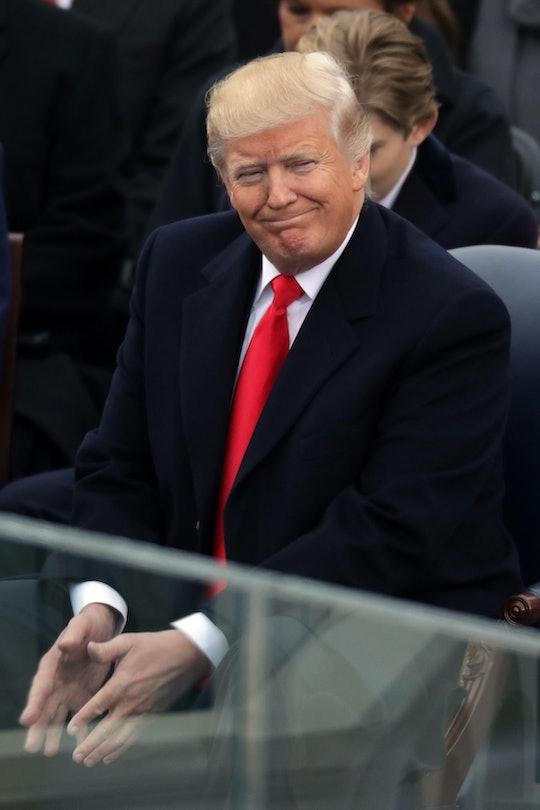 The Weather On Inauguration Day Is Very Fitting

Just after President Trump took the oath of office, it began to rain in Washington D.C. Many non-Trump supporters on social media started to joke that it was raining all over America on inauguration day, since the country was so sad to give over power to the Republican president. But can that really be possible? It was definitely raining in the capital, and it was also raining in New York City. And in Los Angeles. It wasn't raining in Miami, but it was overcast and cloudy, which, for Miami, is basically raining. It was raining in Chicago and also cloudy in Austin and Boston. So, really, all over America, it was a sad, sad, day.

On Twitter, obviously, the jokes were flowing when it came to the forecast and what it meant that the weather was so bad as Trump took office. If you think about it, it is kind of ironic, especially since Trump is so concerned about optics. He probably would have preferred a sunny day. Instead, the crowd was full of people in ponchos and although some of his supporters were definitely not bothered by a little water, other people looked downright cold and miserable.

Trump gave his entire inauguration address in the rain and didn't seem to mind, even though military personnel were bringing out ponchos and umbrellas for some of the guests on the dais. The weather matched the tone of the speech he gave. Trump's first speech was not unlike other speeches he's given on the campaign trail, focusing on making America "great" again. But it was also a little doom and gloom. He talked about how there are no American jobs, and poverty in the "inner cities." He also mentioned that he would clean up "the American carnage" all over the country (don't worry, no one else knows what means either).

For too long, a small group in our nation's capital has reaped the rewards of government while the people have borne the cost. Washington flourished, but the people did not share in its wealth. Politicians prospered, but the jobs left and the factories closed. The establishment protected itself, but not the citizens of our country. Their victories have not been your victories. Their triumphs have not been your triumphs. And while they celebrated in our nation's capital, there was little to celebrate for struggling families all across our land.

If Trump and his supporters really believe that the country is in such bad shape, maybe they assumed the rain was just part of the deal.