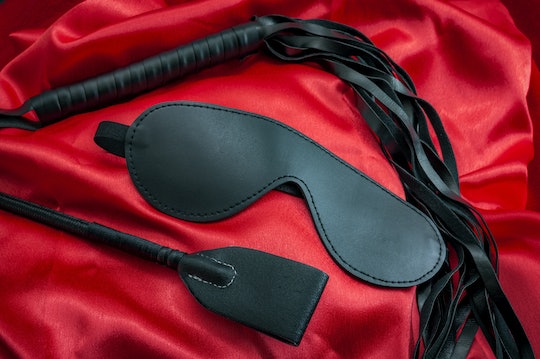 Is It Safe To Have Rough Sex 6 Weeks After An Episiotomy?

While prepping for the new baby, you and your partner have probably read every book and website available. You know what to expect when giving birth and what happens after, including handling your postpartum recovery. One thing you may not have considered, however, is how handle sex postpartum. Specifically, sex of the rougher variety. You may wonder, is it safe to have rough sex six weeks after an episiotomy?

For those who don't know, an episiotomy is a surgical cut from the vagina to the anus. According The New York Times, it was once an episiotomy was once a routine procedure during childbirth to cut the woman's perineum, since doctors believed that it was safer for the baby and better for the mother instead of letting her tear during pushing. The straight cut was also easier to stitch up and doctors argued that there would be less postpartum pain and women would have fewer future problems with pelvic-floor complications.

Episiotomies have since fallen out of favor after a dozen scientific studies suggested that doctors were wrong, according to the aforementioned article from The New York Times. The studies showed that episiotomies can mean more post-operative pain for women, a greater likelihood of tears in the anus, and other complications. In fact, according to a study published in The British Medical Journal, women who had undergone episiotomies were six times more likely to report fecal incontinence than women who delivered without the cut.

Doctors still perform them when necessary (such as in the case of stuck shoulders). As you heal postpartum and get ready to have sex again, it's important to consider what this surgical cut may mean for your sex life.

According to The Guardian, 90 percent of first-time mothers who deliver vaginally will have either an episiotomy or torn tissue. Yet only about a third of those who had an episiotomy will have resumed sex by six weeks, as opposed to 41 percent of women who had a vaginal birth, according to BJOG: An International Obstetrics and Gynecology Journal.

One way to know that your episiotomy scar hasn't fully healed is if you experience pain after sex. However, this is totally normal. According to the UK's National Health Service, nine out of 10 women who had an episiotomy reported that resuming sex after the procedure was very painful. It's very common in the first few months, but the pain improves over time.

You should also look out for any signs that your cut or the surrounding tissue have become infected by monitoring for red and swollen skin, discharge of pus or liquid from the cut, persistent pain, or a smell that isn't usual for you. In fact, according to Parenting, it can take for as long as a year for the tender tissues around your perineum to heal entirely after giving birth. Scar tissue can also form, which may cause additional pain during sex.

When it comes to having sex after giving birth and especially if you're considering rough sex postpartum, it's important to take precautions. You may need a water-based lubricant to help with vaginal dryness and you will definitely need to communicate with your partner about any pain you experience. If your doctor has cleared you to postpartum sex, make sure to ask specifically about your episiotomy scar — then go ahead and have the type of sex you want if your doctor gives the OK, as long as you pause should any discomfort comes up.