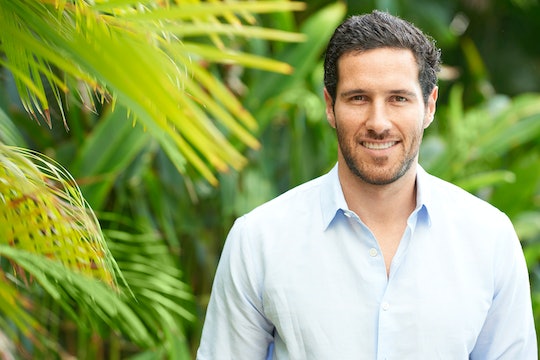 Jack Stone May Have Found Love In Paradise'

When it was announced that Jack Stone was going to Paradise, I was a little skeptical. The lawyer — and forever a two-namer in my eyes — went on The Bachelorette looking for love with fellow attorney, Rachel, and found nothing but serial killer-eye memes and James Bond comparisons (in name only, unfortunately). I wasn't sure how he would fare in Mexico, but it turns out he may actually find love with another Bachelor franchise cast-off. So is Jack Stone single after Bachelor in Paradise or did he walk away in a serious relationship? He did kiss all the woman on the show and he is pretty close with Christen.

Bachelor Nation met Jack (it's so hard to just write his first name!) earlier this year on The Bachelorette. The 32-year-old lawyer quickly made a name for himself because of his "creepy" smile and eyes. As it turns out, Jack was hurt by his portrayal on the show. While on The Rose Buds Podcast, he said, "I felt like I was one of the more genuine guys. They didn’t show any of the good conversations, they didn’t show any of the funny moments, they frankly didn’t show much of me at all and the stuff they did show was very cut up."

Fear not, Jack Stone (or Jack Stone fans): he still got plenty of action on Bachelor in Paradise. He and this season's resident virgin, Christen, hit it off on the show, so much so that Jack denied going on a date with the twins (Haley and Emily Ferguson, from Ben's Bachelor season) because he was too into her. This prompted the twins to curse and make fun of Jack, but he said they will "go home, watch Frozen" and "play with their fidget spinners." Not too bad of a comeback, Jack.

Not only did Jack burn the twins, but in a preview for Paradise, he said he can see himself marrying Christen. As with other contestants, his Instagram is pretty much locked down with just selfies and dog photos, but there is a telling photo of him and Christen on the show. "Love this chick, crabs and all," the caption reads (harking back to her "Scallop Fingers" nickname). This doesn't necessarily mean they're engaged and picking out their flower arrangements, but it could hint that they're still together. Maybe Paradise's "redemption edit" of Jack Stone paid off, and he found love in Mexico.