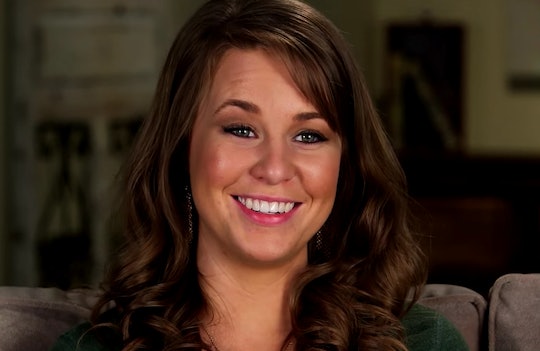 As the 28-year-old, currently-unmarried daughter of 19 Kids and Counting's Jim Bob and Michelle Duggar, Jana Duggar has had to face a lot of speculation about her relationship status. Though she and her twin brother, John-David, are still single, all six of their younger adult siblings are currently either engaged, married, pregnant, or already raising kids. Concerned fans have long been trying to link Jana with various suitors (whatever will she do without a husband, they wonder) but after John-David was recently spotted out with an old family friend, according to In Touch Weekly, fans are now wondering, is Jana Duggar dating Nathan Bates?

Fans of the reality TV family will likely be familiar with Nathan Bates — like Jana, he also comes from a family of 19 children, and, like Jana, his family also has a reality show (the seventh season of Bringing Up Bates began in January). According to the Duggar Family Fan Blog, Jim Bob and Michelle have actually been friends with Nathan's parents, Gil and Kelly Bates, for more than two decades, and now, it seems that the internet has decided it is high time for a Duggar-Bates wedding: in a reddit thread Thursday, fans of the Duggars sized up Nathan as a potential husband for Jana, and though there were some reservations, fans still seemed to ship the idea overall.

As far as prospective husbands go, Nathan Bates doesn't exactly seem like a bad choice for Jana. Firstly, he obviously knows what it's like to grow up in a really big family, and their families clearly get along well. More importantly, Nathan also seems to be a pretty good guy: in a recent episode of Bringing Up Bates, Nathan — a trained pilot — and his brother, Lawson, flew a small plane to Puerto Rico to help with the relief effort following Hurricane Maria. Lawson explained in a YouTube clip of the episode,

We would fly supplies into these little airports, and then we'd drive them up into the mountains where nobody could get. The roads were like mudslides and pretty unreal stuff. It had been two weeks since the hurricane, and they said we were the first people that brought them any food or water.

Like Jana, Nathan's Christian faith is also important to him, and in August 2017, he left for his second mission trip to the Philippines. But not everyone is convinced that he's actually good enough for Jana (who, let's be honest, is basically everyone's favorite Duggar at this point). Firstly, he's younger than she is — he's 24 — which has led some fans to wonder if nice-guy Nathan isn't mature enough for Jana, who clearly deserves someone totally worthy of her, given that she's still stuck living under her parents' roof, never getting to wear pants like her married sisters, and spending her days caring for her younger siblings. (Let's not forget she also once fearlessly delivered a calf, so, yeah, she's a badass).

Then there's also the fact that Nathan has also been through a fairly high-profile breakup: in a July 2017 episode, Nathan announced his separation from his girlfriend Ashley Salyer, according to The Bates Family Blog — even though she was someone his parents seemed to expect him to marry. That might not be so great when it comes to impressing Jim-Bob, but one thing working in his favor, at least? Recently-engaged Josiah Duggar broke things off with his first girlfriend, Marjorie Jackson in 2015, prior to deciding to settle down with Lauren Swanson.

It wouldn't be the first time though that Jana was involved in a rumored courtship that didn't pan out. Over the years, she's been linked to former NFL player Tim Tebow, Duggar family friend Caleb William, and even Nathan's own brother, Lawson, according to In Touch Magazine.

In other words, time will tell if there's any truth to the rumors linking Jana and Nathan, but there is at least one family member who thinks a Bates-Duggar union has to be in the cards at some point. In 2015, Nathan's sister, Erin Bates, told Entertainment Tonight,

I personally think, hey you have 19 kids on each side, I think it's almost inevitable somewhere down the line. As much as we see each other, I think there's going to be an attraction somewhere. I don't know where yet, but I think it's gonna happen.

As much as Jana faces scrutiny for her continued single-status, the truth is that she shouldn't actually have to. Despite her family's strict rules, she's a fully-grown adult who, by this point, totally deserves to live a life of her own, regardless of whether she's married or not. And while marriage may have come easily to her younger siblings, finding a worthwhile partner is actually pretty difficult — and that's assuming, of course, that she even wants to get married to a man in the first place.

If Nathan Bates is indeed the man for Jana, then it's pretty safe to assume news of their courtship will be a huge deal among fans of both families. But if not, Jana's definitely not losing out. And hopefully that's a message anyone currently praying for her knight in shining armor to come along will remember.