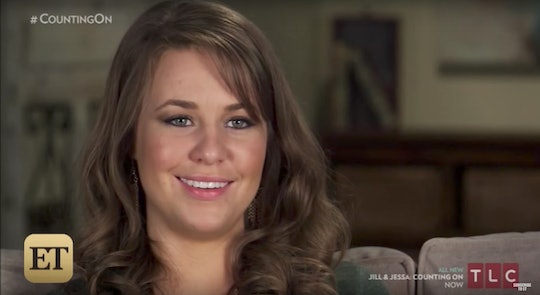 There comes a time in your mid-20s when it feels like everyone you've ever known — from your best friend to your high school biology lab partner — is getting married and having babies. Remember that feeling, maybe from before you started a family of your own? Well, that's the position that Jana Duggar is in right now in her own immediate family, which will happen when you have 18 brothers and sisters. Yep, the older members of the onetime 19 Kids & Counting fam are starting their own families left and right, but the oldest daughter hasn't. Which, of course, makes her the subject of constant speculation as fans try to figure out who Jana Duggar is dating, if anyone, and whether there may be yet another Duggar wedding on the horizon.

Duggar is the only of-age daughter in her family who isn't married, and a few of her siblings even have kids of their own and star in their own TLC reality spinoff, Counting On. And the 27-year-old has never publicly entered into a courtship, which is the family's own chaperoned version of dating that prohibits even hand-holding until engagement and happens with the express goal of wedding bells in the not-so-distant future. She has, however, been rumored to be romantically linked to a several different men, most recently a family friend by the name of Caleb Williams, as Radar Online reported last month.

The rumors that Duggar and Williams are together in some capacity started up when he was shown having dinner with the gigantic family in a photo posted on their official Facebook page on Sept. 23. In addition to this inciting speculation that she may be exploring the possibility of welcoming a Duggar in-law, it also caused the more critical Duggar fans to criticize the fact that his underwear are peaking out the top of his pant in the photo, according to In Touch Weekly. He ended up responding to those comments himself, according to the outlet:

To all the folks out there wondering: No, I had no idea my unmentionables were hanging out. In the future, I will probably triple check to verify the integrity of my outer garments before any such pictures are snapped and shared.

But he never mentioned why, exactly, he was at the dinner in the first place — or whether it had anything to do with the oldest Duggar daughter.

That didn't stop an anonymous source from spilling to Radar Online that Williams and Duggar are totally an item — and that Williams, who doesn't attend their same Independent Baptist Church doesn't abide by the established courtship rules. "Every religion has its own sects and groups," the source told the gossip website, adding that Williams is a longtime friend of the family. "They have similar belief systems, but he’s a bit different in his thinking. He’s maybe somewhat more liberal."

Considering the fact that this mysterious unnamed source could be anyone, it's important to take what he or she has to say with a grain of salt. Especially because the rumor mill has certainly been wrong about Duggar's relationships (or lack thereof) in the past. For example, she and former NFL quarterback Tim Tebow both ultimately shot down chatter that they were together, and Williams' own brother, Lawson, took to Facebook to refute claims that he and Duggar were courting recently.

So, I think the moral of the story here is to give Jana Duggar a little space. Yes, she's on a different path than her other adult siblings have taken so far, but that's perfectly OK. Who she decides to court or marry — again, if anyone — is no one's business but her own.