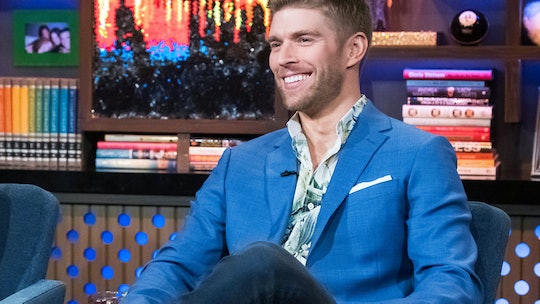 Say what you want. Bravo knows what they're doing when it comes to television. From hits like The Real Housewives franchise to Project Runway, the NBC-owned company has had quite the run. Perhaps that has something to do with the sneaky way they introduce new shows. When the network premiered Summer House, Bravo cleverly crafted a crossover event with Vanderpump Rules, successfully tricking fans into watching. Since then, Pump Rules and Summer House reunions have become a tradition. And with the next one just around the corner, fans are wondering if Kyle is really friends with the Vanderpump Rules cast.

Despite a rocky start, it looks like Kyle has a friendly relationship with the Vanderpump Rules cast, particularly Stassi. Back when Summer House first aired, Kyle admitted that he forgot Stassi's name. To top it off, he also told her that her white turtleneck swimsuit made her look like Steve Jobs. Yikes.

Regardless, in an interview with Bravo's The Daily Dish, Stassi revealed that she loves the Summer House crew and she and Kyle have become close friends.

"I adore Kyle. I feel so bad that our first meeting was like that, but also, it is so entertaining," Stassi said.

Given their friendship, Kyle has since been pictured alongside Stassi and her boyfriend, Beau, on Instagram. In 2018, the Vanderpump Rules star posted a group photo featuring Beau, Kyle, and Summer House's Amanda.

"What do you call 6 Birds in Love? Tweet-Hearts," Stassi captioned the photo.

Later, in an attempt to promote the May 20th crossover event between Vanderpump Rules and Summer House, Kyle released a picture, again showcasing the group of four.

While it seems that Kyle is closest with Stassi, the Summer House star is still friendly with other members of the Pump Rules cast. In a clip from the crossover episode, Vanderpump Rules' Katie and Tom arrive in the Hamptons to give some relationship advice to Kyle and Amanda, who have had a rough time following cheating allegations in Season 3.

"For the past two years, Amanda and I have been in an exclusive relationship," Kyle told Tom in the AOL clip. "But I had a f*ck up over a year ago and it continues to rear its head."

"I know what you mean," Tom replied. "I've f*cked up a few times, but never ever have I said consciously, I'm going out to make it. It was just reckless behavior."

When Kyle revealed that he appreciated how Tom and Katie have been able to work through their issues, Tom admitted that the journey wasn't easy.

Meanwhile, Katie reminded Amanda that if they are both willing to stay committed to the relationship, it would be fine.

"Knowing that there is a successful marriage of two people that haven't had a perfect past reassures me that I am not insane for wanting to make this work with Kyle," Amanda said at the end of the clip.

In short, yes. From Stassi and Beau to Katie and Tom, Kyle is actually friends with members of the Pump Rules cast. So get excited, Bravo fans. There's plenty of drama and friendships to be explored during the crossover episode.