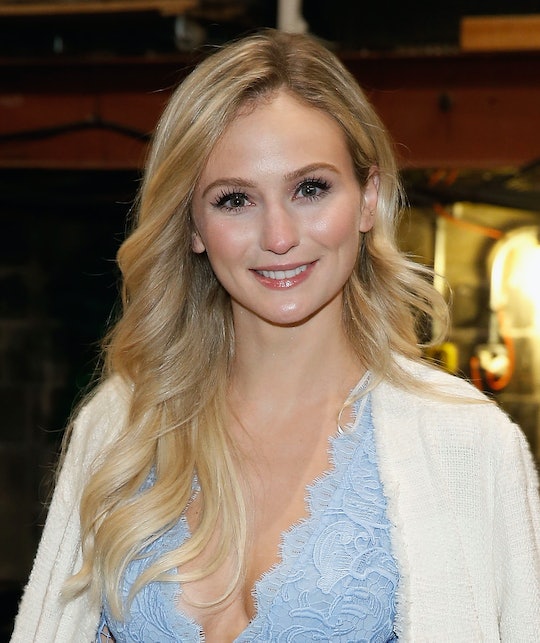 Whenever two people in Bachelor Nation get engaged and drive off into the sunset of the real world together, it gives you hope. But when/if they gradually grow apart, it’s pretty devastating. Unfortunately, that’s what happened with Lauren Bushnell and Ben Higgins. So now that Ben is participating in another show in the franchise, you can't help but wonder: is Lauren Bushnell watching The Bachelor Winter Games? She could be curious as to how her former flame does in the games, both romantically and athletically.

By all accounts, it seems like both Lauren and Ben have moved on since their split in May 2017, meaning that it doesn't look like Lauren is keeping up with the latest Bachelor spin-off. On both Twitter and Instagram, Lauren appears to be totally happy and has been enjoying life in general, as she should be. However, with no mention of The Bachelor Winter Games on any of her accounts, the reality competition may be the furthest thing from her mind right now. Which would therefore indicate that she isn't tuning in for the four action-packed episodes.

In October 2017, Lauren held a Q&A with her fans on Instagram and revealed that she actually met her current boyfriend Devin Antin on Tinder, though this was long before she and Ben met and got engaged on Season 20 of The Bachelor.

"I don’t think I’ve shared before but I only met up with one person from the app and it was him," she said in the Q&A. "We hung out for a while but more as friends but always got along really well. Fast forward two years later when I moved back to L.A. we hung out to catch up and things just kinda happened after that." She also said that although she sees a future with her new boyfriend, she plans to take things a little more slowly this time around. I mean, slower than falling in love and getting engaged in a span of less than three months? I’d say that’s fair.

Ben, on the other hand, hasn't found love since their breakup, and judging by a promo for The Bachelor Winter Games — which shows him tearfully insisting that he’s moved past the relationship — the topic still brings out strong emotions for him. So are the wounds of his broken heart still too fresh for him to move on with someone else? Fans will just have to wait and see how it all turns out, but even with Ben being back in the news for Winter Games, Lauren’s been quiet about it on social media.

But just because she doesn't seem to be watching The Bachelor Winter Games, it doesn't necessarily mean that Bachelor Nation is gone from Lauren’s heart. Like many former contestants from the franchise, she’s stayed in touch with some of the other women who she’s managed to forge actual real-life friendships with. A few days before Valentine’s Day, Lauren actual posted a photo on Instagram of herself with some girlfriends, including Bachelor alum Amanda Stanton on a "Galentine’s Day" date. So it doesn't seem as though Lauren has renounced the franchise as a whole.

I doubt she even has anything against The Bachelor Winter Games, to be honest, but just like the topic of their past relationship seems to be difficult for Ben to discuss on the show, it’s likely still a tough topic for her too. You can't really blame her for not talking the show up and not tuning in, if that is the case.