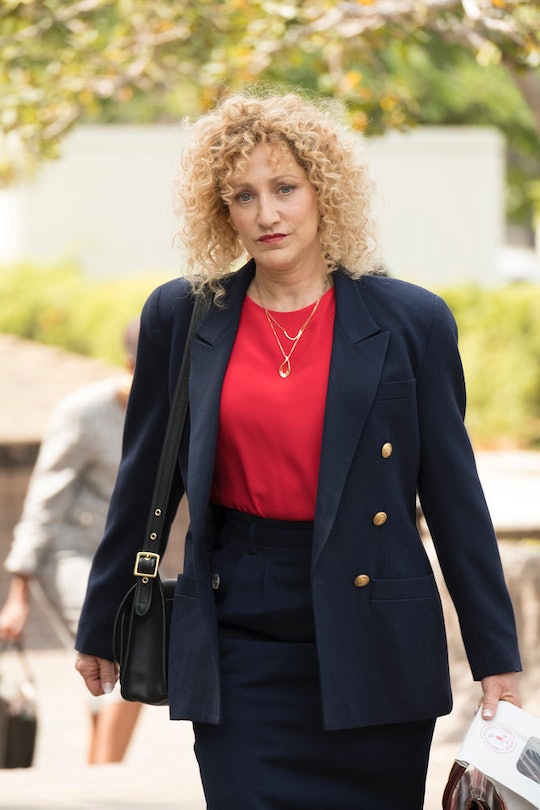 In the upcoming NBC series Law & Order True Crime: The Menendez Murders, Edie Falco will be taking on the role of Leslie Abramson — a defense attorney working on a very controversial case. But is Leslie Abramson based on a real person? Indeed she is. Abramson was tasked with convincing the jury that brothers Erik and Lyle Menendez had killed their parents out of self-defense, though many believed the brothers had simply been after the inheritance. According to Abramson, the real motive was much darker, but also more sympathetic. The tip-off is right there in the title of the show.

Abramson received a lot of attention for her defense of the Menendez brothers because of how forceful she was in the courtroom, and because of the secrets she revealed about the family at the heart of the case. Her defense was centered on the testimony from the brothers about sexual abuse they allegedly suffered throughout their childhood from their father Jose while their mother, Kitty, did nothing to stop him. They came to believe their dad would kill them, so they killed him (and their mother) first. Abramson had to make the jury sympathize with Erik and Lyle even though they had already confessed to the murders. Ultimately, she wasn't able to do that.

By the time of the Menendez trial in the early '90s, Abramson had been a defense attorney for 27 years and had defended countless people of questionable innocence. However, this case would prove to be one of the most trying in her career — and not just because it was such a tough one to win. Abramson herself came under fire when reports started circulating that she may have tampered with evidence by pressuring Erik's psychiatrist Dr. William Vicary to edit his notes from sessions with Erik.

She invoked her Fifth Amendment right against self-incrimination when questioned about her involvement, and could have been disbarred if she was found guilty of tampering. Ultimately the matter was not investigated because it was determined the evidence was insufficient.

Though the Menendez brothers might be the most famous case Abramson handled, they weren't the only one. In a 1990 article for Vanity Fair, Dominick Dunne said Abramson was "considered to be the most brilliant Los Angeles defense lawyer for death-row cases." Abramson had won seemingly impossible cases before, including getting Dr. Khalid Parwez an acquittal after he was accused of murdering his young son. After failing to prevent the Menendez brothers from getting a life sentence without parole, Abramson defended Phil Spector following his arrest for shooting Lana Clarkson. She ended up resigning, and Spector was convicted.

Abramson revisited the numerous well-known cases she worked on in her 1997 book The Defense Is Ready: Life in the Trenches of Criminal Law. The New York Times review of the book remarked on Abramson's dedication and "astounding ability to excuse the inexcusable," noting just how convincing she could be when trying to get sympathy for a client. According to the review, a contract killer Abramson once defended said, "Leslie was so good. For a while there she even had me believing I didn't do it."

The real life Abramson is such fascinating figure that she could easily make for an interesting character on television, especially in the hands of an actress like Falco. Part of what made the Menendez murders so compelling at the time (and all these years later) were the intriguing people involved in the case on every side. Law & Order True Crime: The Menendez Murders is bringing those people to the screen and digging into the case once again, while hopefully staying true to what really happened.