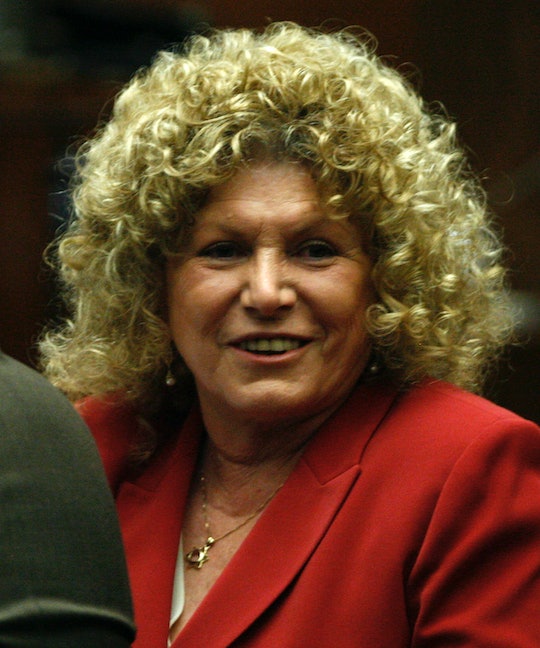 Although for some, it's hard to believe that high profile murder cases get strong legal defense teams, that's just the way it goes with most big, heavily publicized cases. And for Erik and Lyle Menendez, hiring Leslie Abramson as their lawyer meant hiring someone who was experienced enough to stay dedicated to them, even when it was for a crime that they had both already confessed to. But who is Leslie Abramson?

The Menendez brothers worked with her for several years as their individual trials went on and though she was dedicated to them, in the end, both Lyle and Erik were found guilty of murdering their parents and sentenced to life terms in separate prisons. The case, which saw tons of public interest and even had one of the trials televised, birthed the media sensationalism of these kinds of Beverly Hills crimes and will be further examined in the upcoming Jan. 5 documentary Truth and Lies: The Menendez Brothers – American Sons, American Murderers on ABC.

But what exactly do we know about Abramson? According to the L.A. Times, the attorney, in her almost 48 years of serving the law, has always been known for her ability to defend her clients with passion and dedication. Being a public defender as well as a private defense attorney, she has fought for murderers for almost her entire career and other than the Menendez brothers, another one of her more noteworthy cases was that of Phil Spector, whom she defended back in 2004 when he was charged with shooting and killing actress Lana Clarkson in his Southern California mansion.

Abramson, now 73 years old, told The New York Times that as a child, she was attracted to horror stories and comics which, although frightening to her, also fascinated her. So it doesn't come as a real surprise that the attorney found her place in criminal defense as an adult. "They ruined my life, those comic books," she said. "They scared the hell out of me. People were always being buried alive. That haunted me for years, late at night."

During her case with the Menendez brothers, though, Abramson was faced with the possibility of losing everything she had worked for up until that point. As a lot of the prosecution's case came from the tapes from the brothers' therapy sessions and notes from the brothers' psychiatrist visits, Abramson was accused of asking Dr. William Vicary to delete and change his notes in favor of Erik. According to Newsweek, when on the stand, Vicary testified that he had done so under the influence of the defense. Because of the allegations, the Bar Association of California opened an investigation into Abramson and her practices, but after three years, didn't find sufficient enough evidence to disbar her.

In 1997, Abramson wrote The Defense is Ready: Life in the Trenches of Criminal Law, in which she described her case with the Menendez brothers, as well as some of her other high-profile defense cases. Today, Abramson is still considered a figure of respect in her field and was the keynote speaker at the 2015 Successful Women And The Law conference that was held at Thomas Jefferson School of Law in San Diego, California.