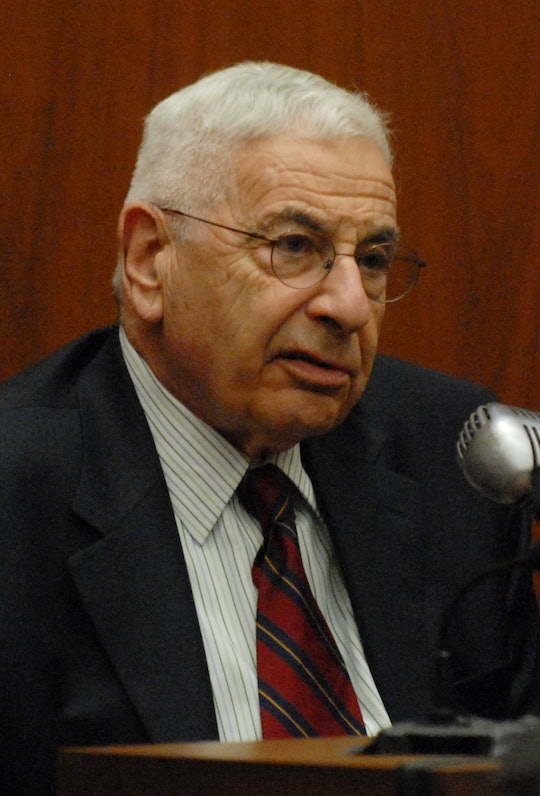 What Other Cases Was Werner Spitz Been A Part Of? He's Worked On A Lot Of Famous Trials

When the new docu-series, The Case Of: JonBenét Ramsey, airs on Sept. 18, the 1996 case of the murdered young beauty queen will be revisited in an attempt to solve the case that was never closed. At the time, forensic pathologist Werner Spitz worked on the case, and now he'll be back in the three-part series to help other forensics officials and investigators. But what other cases was Werner Spitz a part of? As someone who has been in his field for roughly 65 years, you have to assume that he's been involved in most of the more noteworthy homicide cases in the past few decades, and for the most part, he has.

While he was not directly associated with the initial autopsies of John F. Kennedy or Martin Luther King Jr., Spitz was involved in a committee which sought to reexamine the autopsies in both cases and give his input. And while he works as a professor at Wayne State University School of Medicine in Detroit and has written the monumental book, Spitz and Fisher's Medicolegal Investigation of Death: Guidelines for the Application of Pathology to Crime Investigation, Werner Spitz has still found time to work on several different high profile cases for the duration of his career up until today.

After working on the O.J. Simpson case in 1996 and testifying, Werner recounted in court the details he found of the deaths of both Nicole Brown Simpson and Ron Goldman and how, according to his findings, they'd likely died as a result of their numerous stab wounds.

Spitz also played a crucial role in the 2007 trial of music producer Phil Spector, who'd been accused of shooting and killing '80s actress Lana Clarkson. Werner Spitz concluded and testified that the blood that had sprayed onto Spector likely wasn't from the victim breathing out a blood spatter, but instead from a possible self-inflicted gunshot wound itself.

In 2011, Werner Spitz worked on the Caylee Anthony case and determined that, contrary to the prosecution's claims, the duct tape over the mouth of Anthony was not used as a murder weapon and that it was actually placed on the body long after it had decomposed, in order to hold the bones of the face together. He went on to criticize the coronor's office for failing to take the appropriate steps in looking inside Caylee's skull by calling it a "shoddy autopsy".

Now, at 90 years old, Werner Spitz will be revisiting the case of JonBenét Ramsey and, with the help of modern technology and evidence, trying to solve her murder that happened 20 years ago. The Case Of: JonBenét Ramsey premieres on CBS on Sept. 18 and will continue throughout the week with two, two-hour parts to the docu-series.