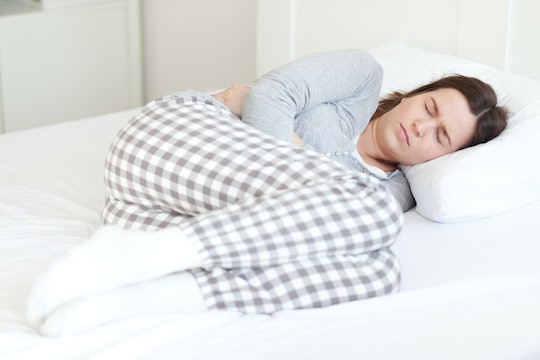 Is Morning Sickness Hereditary? You May Get It From Your Mama

If you're newly pregnant, or even just thinking about becoming pregnant, chances are you've thought about morning sickness. After all, even if you're really looking forward to starting a family, no one wants to deal with persistent nausea and sickness. Like many other medical conditions, it may be tempting to look at your family history to see whether you have a predisposition to it. But is morning sickness hereditary, anyway, and what can you do to lessen its effects?

Well, if your mom has horror stories about her experiences with morning sickness, chances are you might be in for quite the ride, too. It turns out morning sickness, at least the extreme version of it known as hyperemesis gravidarum (HG), may be genetic. According to a 2011 study in the American Journal of Obstetrics & Gynecology, if your sister or mother has coped with HG, then you are at a significantly higher risk of dealing with it as well. Although this is one trait you would probably prefer not to share with your family, it does appear to have a hereditary component. One bizarre note: it does not appear that your partner's family history of morning sickness has any bearing on your potential, as noted by the National Health Service. As the NHS further explained, this further suggests the cause of morning sickness lies in your own body and is not influenced by your growing baby. So at least one of your relatives — the newest one — does not seem to have a genetic bearing on your odds of morning sickness.

Knowing your potential for morning sickness is one thing, but actually coping with it is another deal entirely. Unfortunately, there is not a known way to prevent HG, but you can at least manage it, according to the American Pregnancy Association (APA). As further explained by the APA, women coping with this condition may benefit from bed rest, acupressure, and in some cases hospitalization to restore lost fluids.

So in this instance, knowing your family history is something of a double-edged sword. Sure, if your mom suffered from severe morning sickness, then you can probably brace yourself for a rough time, too. However, there is not much you can do to prevent the pending morning sickness from taking hold. There is one definite plus, though: at least you'll have family members who understand what you're going through.