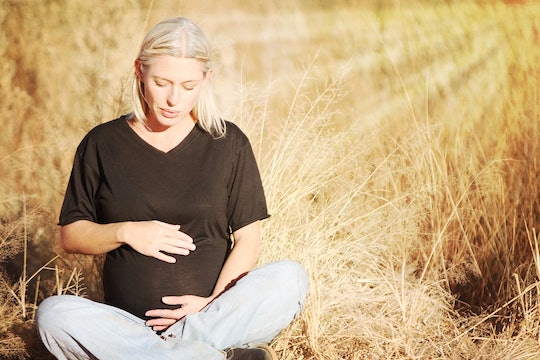 Is PPD A Pre-Existing Condition?

House Republicans are back at it with another go-round at an attempted repeal of the Affordable Care Act. Their first attempt to introduce a new health care plan crashed and burned in March under the watchful eye of House Speaker Paul Ryan. Now they are looking to get enough votes to pass version 2.0, and it's looking grim — for lots of people, but perhaps most especially for women. With essential health care benefits in jeopardy, it also looks as though coverage for postpartum depression, formerly considered a pre-existing condition, could be back on the chopping block. And the new amendment to the American Health Care Act does not bode well for people with pre-existing conditions in general.

And here is what they came up with: a tricky little loophole that would allow individual states to redefine what they considered essential health services and wriggle out of previous federal Obamacare regulations that protected patients with pre-existing conditions. Under Obamacare, these patients with pre-existing conditions could not be charged more for their health care. This new MacArthur Amendment waiver would allow states to opt out of those federal regulations — and potentially charge patients much higher insurance premiums.

Pregnancy is considered a pre-existing condition, as is any type of mental illness, according to ABC News. While pregnant women or women who are suffering from PPD would have the option of buying into a high-risk pool in exchange for a waiver, these high-risk pools have had complications in the past, according to Elle — complications like not having enough money to cover everyone who might need help.

And women struggling with PPD need help; The CDC notes that one in nine women will show symptoms of postpartum depression which include:

Under the Affordable Care Act, there were provisions in place for women with PPD that allowed them access to support and treatment for their symptoms, according to the American Psychology Association. If states are allowed to change the definition of essential health care services, that support could be in grave danger. A statement released regarding the MacArthur Amendment insisted that:

Instead, this amendment gives states that power — to discriminate against women for having the pre-existing condition of being pregnant, or having PPD. Unless you happen to work for the House Republicans. Then it's worth noting time and again that members of Congress will be exempt from the new rules of the amendment.