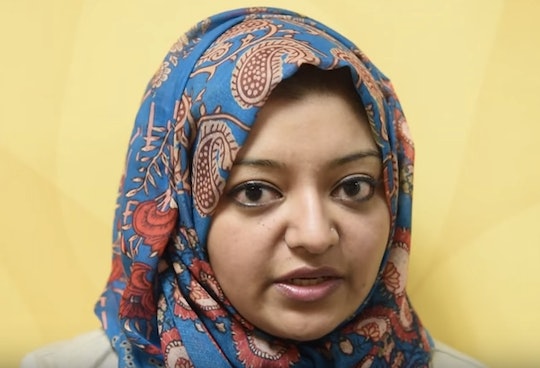 Is Rabia Chaudry Responsible For Adnan Syed’s Retrial? She Was Instrumental

Adnan Syed is surely looking back on his friendship with Rabia Chaudry as one of the most important of his life. Chaudry has been tirelessly working towards Syed's release from prison since his conviction in 2000 for the murder of his ex-girlfriend, Hae Min Lee. But is Rabia Chaudry actually responsible for Syed's retrial? She has certainly been a driving force behind the campaign to free Syed, who has been serving 16 years of a life sentence. Syed has maintained his innocence ever since.

Chaudry is a family friend of Syed's, a lawyer and a senior fellow at the U.S. Institute of Peace. When her friend was convicted of strangling Hae Min Lee in 2000, Chaudry was convinced of his innocence. She made an important decision that has probably had the greatest impact on Syed's case — she reached out to the team at Serial, a (then new) podcast using investigative journalism to tell stories. Chaudry brought Syed's case to Serial producer Sarah Koenig, and Koenig went to work with her team to uncover discrepancies and flaws in the prosecution's case against Syed. For instance, at the time of Syed's original trial, his lawyer failed to cross-examine expert testimony about cell tower service in the area (key evidence that linked Syed to the scene of the crime). Syed's case became the entire first season of Serial, which has gone on to become a wildly popular Peabody-winning podcast. More than 39 million listeners tuned in to hear the story of Syed and his quest to prove his innocence.

Syed was granted a retrial by retired Baltimore Judge Martin Welch based on the fact that the performance of Syed's initial defense lawyer, Christina Guttierez, "fell below the standard of reasonable professional judgment." The judge agreed that Guttierez should have cross-examined the cell tower expert. Luckily for Syed, the evidence was brought forth on a very public platform; a platform he wouldn't have had without Chaudry, someone who not only believed in his innocence, but took steps to make sure the rest of the world believed in him too. In a recent interview with The Washingtonian, Chaudry discussed her feelings when she heard about the retrial from Syed's Lawyer, Justin Brown.

I was at home alone when Justin [Brown, Syed’s lawyer] called me and broke the news. I was rather emotional, sobbing, trying to process it. Hearing him say “we won a new trial, Rabia” blew my mind. It’s what we’ve hoped for all these years but hard to process that it has actually happened.

Chaudry has a new book coming out in August about Syed's case, where she interviews Syed. With this new retrial, perhaps she'll have to change the ending.

Of course, there were many factors that had to come together for Syed's retrial. He must have relied heavily on the support of his family, the capability of his lawyer, and certainly the dedication of the investigators from Serial. But at the core of it all is a friend, who never wavered in her support.