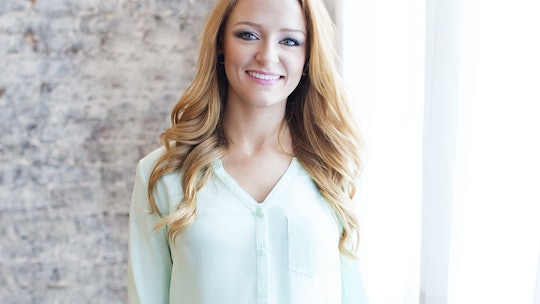 It's been a hot minute since Maci Bookout and Ryan Edwards were on 16 and Pregnant. The MTV stars moved on to Teen Mom OG and have since separated, but things haven't gotten any less complicated. On Jan. 23, Ryan was arrested for heroin possession and theft, and with Season 8 of the reality series documenting his stint in jail, fans are wondering if Ryan from Teen Mom OG is still in prison.

According to police documents obtained by TMZ, Ryan left a bar without paying his $36 bill in late 2018. Although the reality star was arrested after the bartender called the police, Ryan was also taken into custody for a previous possession charge from an outstanding warrant. That said, Ryan was released from the Hamilton County Jail in Tennessee on Apr. 15. He served time for three months. “Mr. Edwards is happy to be back with his family and looks forward to putting this behind him,” Ryan's attorney told People.

Meanwhile, in the Jun. 24 episode of Teen Mom OG, fans watched as Maci and Ryan's wife, Mackenzie Standifer, prepared for Ryan's official release from jail. During the episode, Mackenzie explained that Ryan will come out of his prison sentence a changed man.

"He’s been around some pretty hard criminals, and I think he’s starting to realize that he does not ever want to be there that long," Mackenzie said, according to Us Weekly. "It’s been an eye-opener. I just can’t wait to have my family back under one roof.”

On the other hand, Maci struggled with what to tell her son, Bentley. Throughout the eighth season of Teen Mom OG, Maci opened up about her frustrations towards Ryan. Previously on the show, Maci admitted that Ryan reached out to her. However, the reality star wasn't having it.

“He had a lot of stuff that he wanted to say and apologize for but I’m not sure if I’m in a place that I can keep my sh*t together," Maci said, per People. "I’m still angry. You don’t f*ck with me when it comes to my kids and my husband. He’s done both.”

Nevertheless, in the Jul. 1 episode, Maci revealed that she is finally ready to come face-to-face with Ryan. In a clip courtesy of MTV, Maci said:

I think I’ve processed the anger. Oh, all the anger. Are there scars? Yes. Have they healed all the way? No. You know me and I want to be there for people that I care about, and I care about him. I want him to be healthy and happy. Point blank, period. Above anything else, that's what I want for him. Just don't f*ck up. That's it.

The reality starlet also shared that she wants what is best for her son, but she is worried about the overall ramifications of Ryan's actions now that he is out of prison.

"No 10-year-old should handle some things like this so well. He doesn’t know how to face these feelings, which means he’s burying them somewhere," Maci said. "He doesn't have the tools to handle this on his own in a healthy way and it would be ignorant for us to think that he does."

Ryan may be out of jail, but there's plenty of drama that has yet to be uncovered in the upcoming episodes of Teen Mom OG. That is, if Maci has anything to say about it.