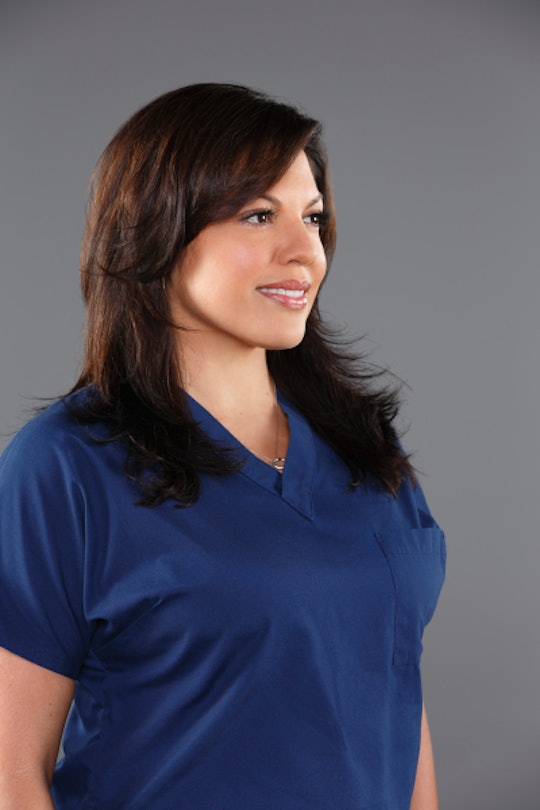 Is Sara Ramirez Leaving 'Grey's Anatomy'? Her Departure Is Unlikely

While Sara Ramirez's Callie might have had a shaky start on Grey's Anatomy (Meredith and Izzy were not super welcoming back in the day), she has gone on to be one of the most popular characters on the show. Fans love her, and her relationship with fellow doctor Arizona is one of the show's biggest ships. However, after a malpractice suit and the dissolution of her marriage, Callie has had a lot to deal with. Things are getting better and she's started a new relationship with Penny (the doctor who kind of sort of killed Derek) that's flourishing, though yet another roadblock has cropped up. A prestigious grant is taking Penny off to New York, and Callie has decided to go with her. But what does this mean for her continued presence on the show? Is Sara Ramirez leaving Grey's Anatomy?

Important characters leave the show all the time, usually in the most bloodthirsty way possible (though some have been able to wrangle an exit in which they are not eaten by wolves), making Grey's Anatomy one of the few shows on television that actually follows through on the "anyone can go at any time" thing. It's definitely not out of the realm of possibility for a fan-favorite like Callie to exit. Before Season 11, all of the major actors renegotiated their contracts and Sara Ramirez never publicly confirmed just how much time she had left on hers. Still, there haven't been any signs that she's out of the show.

There are no upcoming credits on Ramirez's IMDB that would indicate other projects pulling her away from Grey's. There haven't been any big announcements or interviews, and the actress hasn't dropped hints on any of her social media accounts. Considering Callie's decision to go to New York is a storyline spanning multiple episodes, it's not like her leaving would be a big twist — so if she were really going, there would be no reason not to announce it. It's likely that a cast member as popular as her would get a very hyped final goodbye, with lots of promo to draw attention to it.

There's sure to be heartbreak coming (this is Grey's, after all) but Callie's potential exit is probably just intended to stir up conflict between her and Arizona, and won't actually result in the character going anywhere. But if she does end up getting eaten by wolves, feel free to say "I told you so."