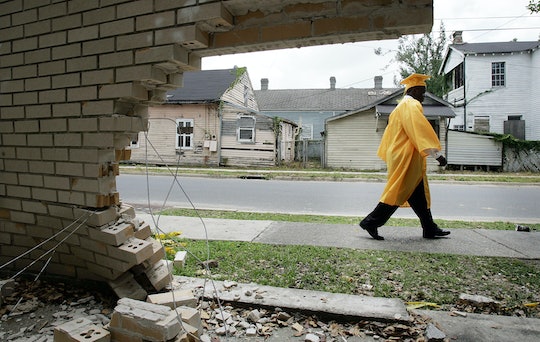 Here's Why Some Say School Choice Is Racist

Answering the question of whether school choice is racist or not very much depends on what perspective you are looking at the issue from. Because if a black or Hispanic child is enrolled in a charter school, they often spend more time with the material. A study from Stanford's Center for Research on Educational Outcomes showed that low-income black students received the equivalent of 59 additional days of math learning and 44 days of reading learning, while for low-income Hispanic students it was 48 more days of math and 25 days of reading.

Still, a Mother Jones study found that charter schools' impact on student achievement is minimal, and, despite that, they are still important to many black and Hispanic families. A coalition of black educators and leaders wrote a letter to the NAACP to stop their efforts to prohibit charter schools.

For many urban Black families, charter schools are making it possible to do what affluent families have long been able to do: rescue their children from failing schools...Making charter schools the enemy in a fight for adequate education funding doesn't serve the interest of all students. We cannot sacrifice another generation of students to the status quo.

Many black families have applied to enroll their kids in charter schools, and some charters are even majority-black. The National Center for Education Statistics reported that, from 2004 to 2014, the percent of Hispanic charter school students grew from 21 to 30 percent. But majority-black charters also bring up the issue of segregation. Black charter school students were twice as likely to attend "racially isolated schools" than black students in public schools, a Center for Public Education report showed.

The Atlantic reported that several charter schools have faced civil-rights lawsuits for policies that result in black students being disproportionately disciplined and suspended. One study by the Center for Civil Rights Remedies suggested that "some charter schools [may be] artificially boosting their test scores or graduation rates by using harsh discipline to discourage lower-achieving youth from continuing to attend." Because of these actions, the NAACP released a statement saying that charter schools "perpetuate segregation."

And it's also important to remember that more charter schools impact students in public schools — especially brown students. That's because federal funding of schools goes to both charters and public schools, including proposed plans for a tax credit or voucher programs for charters.

So if public schools receive less money, the students who attend them are affected. Students in low-income neighborhoods are disproportionately impacted by federal budget cuts to education. The Department of Education reports that most schools receive about 8 percent of their funding from the federal government, but schools with low-income students can receive numbers as high as 60 percent, MSNBC reported.

When schools face budget cuts, they fire teachers, cut after-school programs, and some even close. And the students who must find new schools are way more likely to be black. In 2013, MSNBC reported that after national budget cuts, in Chicago, 88 percent of students whose schools closed were black, while in Philadelphia, 81 percent of the affected students were black.

So whether charter schools are racist or not is in the eye of the beholder. But if "school choice" means shutting out students from public schools that have closed, or kicking vulnerable students out of charters, perhaps scoring two or three points higher on a math exam is not worth it.