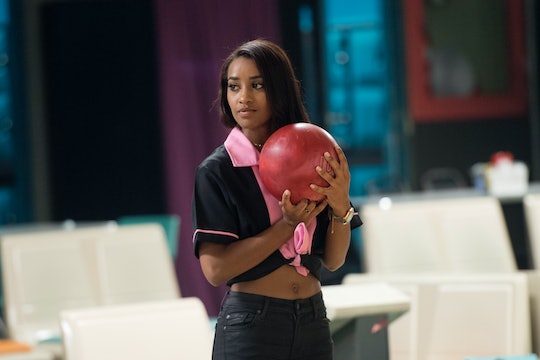 From the start of The Bachelor Season 22, Arie Luyendyk Jr. saw something in Seinne Fleming that instantly made her seem like a frontrunner for the season overall. It’s still hard to say how far she makes it, but you can't help wondering what life has been like for her since the show stopped filming. For example, is Seinne still single after The Bachelor? She did leave the show with a few new relationships, but I’m not sure of any of those include Arie himself. Instead, she seems to have remained close with some of the other women and her Instagram is proof that The Bachelor really does bring these contestants together, despite the fact that they're all there to compete against each other for the love of the same man.

I would imagine that most contestants who make it this far are told to keep their social media free of any new romances until the show has finished airing. So, with that in mind, it's entirely possible that Seinne is in a new relationship and simply keeping it to herself. But judging by social media alone, it would seem that the associate real estate investor is still single after The Bachelor. However, like I said, she may have walked away from the show with something far more important than a Neil Lane engagement ring: everlasting friendships.

The the Week 6 episode Moulin Rouge group date, Seinne managed to shine through the group of women as the best dancer by far. Unfortunately, Arie pulled a fast one on the contestants and chose Bekah Martinez since he was basing the date off more than just dance moves. But, as Seinne wrote on Instagram, "She may have gotten the [rose] but I think we can agree that I’m the better dancer. love you princess."

I mean, she’s not wrong, but it also shows that despite any competition within the show, Seinne and Bekah managed to remain close enough to tease each other. She also tweeted at Bekah for her birthday in the most adorable way, so I'd really love to see some more of this friendship on the show or in real life.

At the end of January, Seinne also posted a photo of herself in a bathtub with Marikh Mathias and Ashley Luebke, and wrote in the caption that she was "Missing these two." So Seinne's connections likely didn't end with just one or two contestants this season. Even Lauren Schleyer, who was sent home before Paris, commented on one of Seinne’s throwback photos from The Bachelor Paris trip with: "Already tweeted one, but let’s talk about this dress."

Seinne was also part of the group of Bachelor contestants who recently took a trip to Sundance together. I mean, even though I’m not single, can I just go on The Bachelor to find a group of new BFFs? Because the way the women seem to stick together even after they’re done filming is truly a beautiful thing and Seinne seems to have been able to hold onto these newfound friendships too.

Filming for The Bachelor Season 22 is totally finished, but since the show is still airing and Seinne is still an active contestant, chances are, even if she is in a relationship, she wouldn't be posting about it on social media just yet. Even so, it’s adorable and heartwarming to see that she made friendships out of her experience on The Bachelor regardless.

It’s not that uncommon for the women to grow close because of the experience, but it still gives you serious best friend goals nonetheless. And honestly, I wouldn't say no to supporting a campaign for Seinne for Bachelorette.