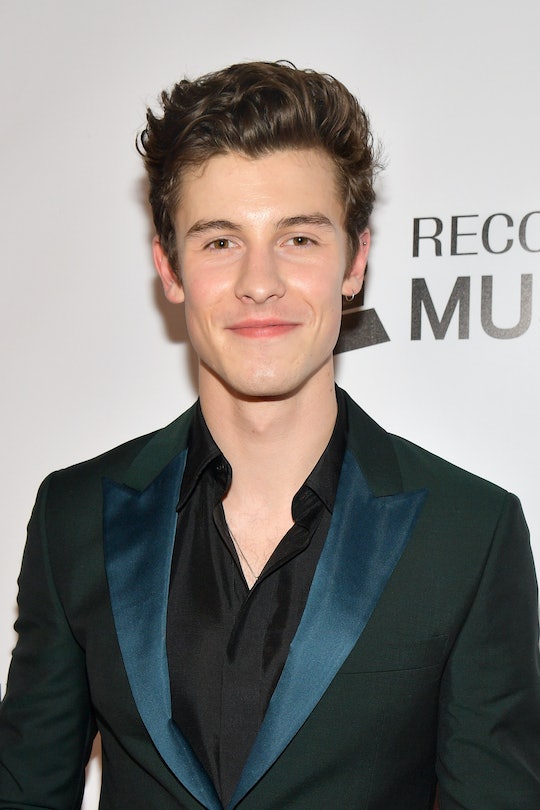 Is Shawn Mendes Dating Anyone? He May Walk The Grammys Red Carpet Alone

He's performing at the Grammys — partnering with Miley Cyrus to salute Dolly Parton was the report right before the show, anyway — but some fans may be wondering, is Shawn Mendes dating anyone?

It turns out that when it comes to "Stiches" singer's love life, piecing together any information is quite the task. Hence, the answers to any questions of the singer's current love life are a bit of a mystery.

As E! News and others have reported, however, the Canadian native doesn't appear to have confirmed dates unless they are of the concert-touring variety. More determined to focus on building his skyrocketing career at least for now, Mendes told Rolling Stone recently, "Dude, I have no game."

Well, that's not totally true. The 20-year-old is said to have romanced Hailey Baldwin (pre-Justin Bieber, of course), according to Inquisitr, and possibly even fellow Grammy performer Camila Cabello, according to Refinery29.

But for now, the paradox of Mendes is that his songs can be sooo romantic... and for all that the public can tell, he's totally unattached.

"I’m not currently dating anyone, but it’s not because I don’t have time — I don’t know if I’d be dating anyone if I was home in [my hometown of] Pickering, either,” the singer told Variety last year.

"It hasn’t stumbled across me, and I’m not chasing it," Mendes continued. "Of course, seeing all those other artists and people in relationships, you think, 'Maybe it would be nice; who would be great for me?' And that’s when you realize: 'This is wrong. Let it be. I’m not supposed to be with anyone right now.'"

Instead of getting himself into the tabloids for his personal life, however, the crooner of "Mercy" and "Treat You Better" has taken on getting as many pointers as possible from artists with more experience, including his former tour partner, Taylor Swift, Ed Sheeran, John Mayor and even the ultimate legend himself, Elton John, E! News added.

It's great that the singer is so ambitious and has sought mentorship from those who have built a lasting career.

"I want to push myself to my limit of what I can handle and play as many shows and write as many songs as I can and fly around the world 10,000 times in a year, pushing myself to the point where it seems crazy," Mendes told Variety.

And if it's all work and no play for the star right now, at least there's always the love of the fans to count on. Rolling Stone noted the fans (among them female) who line up to greet the singer at every concert he headlines, with Mendes determined to meet fans, if time allows.

In fact, it might just be the very fact that Mendes isn't dating anyone that caused rumors to go around a couple years ago that the singer was gay. Mendes felt the need to answer directly on Snapchat, as he noted, because if he were gay, which he said he is not, there would be nothing to be ashamed of.

I think it's ridiculous that a talent so young should feel like he has to justify anything about his personal life to anyone. He's not on The Bachelor, after all... he's young, and super-ambitious, and has an entire world to play to. Good luck at the Grammys, Shawn, and just keep doing your thing!