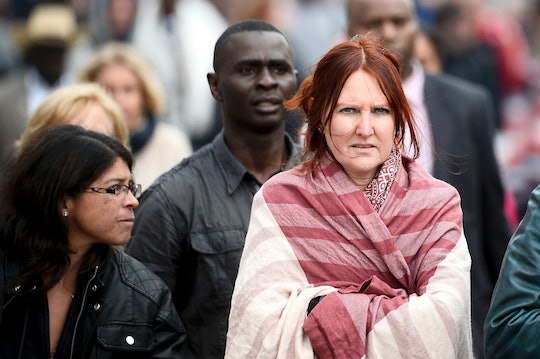 The city of Brussels is reeling after three explosions on Tuesday killed as many as 34 people: one at a subway station in Maalbeek and two at a Brussels' airport. While Belgium has confirmed the attacks were, in fact, terrorism, no one has been named responsible. That has not stopped people from wondering, however, if the Brussels attacks are related to Salah Abdeslam's arrest recently.

The Paris bombing suspect was arrested in Belgium early last week and is currently awaiting extradition to France, in order for the country to properly press charges against him.

While the link seems to have made itself evident, Belgian and French authorities have not confirmed those responsible for Tuesday's attack have any established link to Abdeslam.

An editorial published in The Guardian on Tuesday postulates Abdeslam's long-standing safety in Belgium following the Paris attacks may be indicative of a larger network at play. And if this network is responsible for the tragic events in Brussels, the ramifications could be devastating.