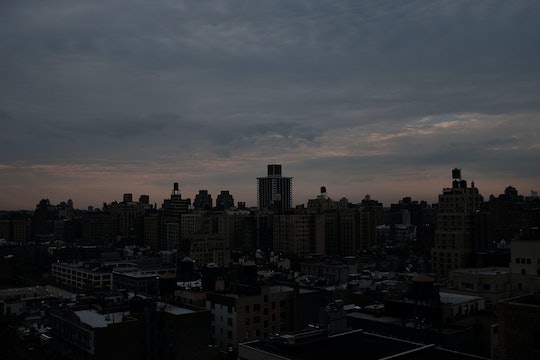 Is The Chelsea, NY Explosion Related To The Seaside Park, NJ Bomb?

When an outdoor explosion rocked a New York City neighborhood Saturday night on the heels of a pipe bomb going off in New Jersey today, one question likely to be on many people's minds is, "Is the Chelsea explosion related to the Seaside Park, New Jersey bomb earlier Saturday?" UPDATE: The New York Times reported Sunday morning that according to officials, the New York City and Seaside Park explosions are not related. At a press conference Saturday night, New York City Mayor Bill de Blasio called the explosion "an intentional act" but did not at first attribute it to terrorism.

The New York City explosion came on the heels of a pipe bomb that detonated in a Seaside Park, New Jersey dumpster Saturday morning, thought to have been timed to go off during the Marines' Semper Five 5K run for charity, CNN and PIX11.com reported. No one was injured. According to authorities, the device that exploded was one of three pipe-bomb-resembling devices tied together. It's not yet known who was responsible or what their motive was.

Twitter users were quick to note the fact that two explosions happened on the same day relatively near one another. However, so little information is known at this time that it's impossible to say whether the two incidents are related.

Authorities are now working to identify who is responsible for both incidents.