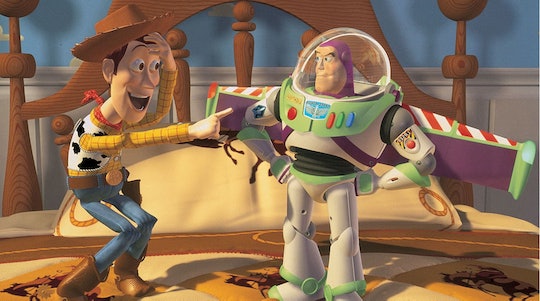 ATTN: 'The Disney Family Singalong' Is Officially On Disney+

If you didn't have the chance to DVR the ABC special when it first aired, today is your lucky day because The Disney Family Singalong is now on Disney+. The musical special, featuring some of your favorite celebrities belting out to classic Disney tunes, has now reached Disney's streaming platform, so your kids can watch it again and again.

Starting on April 22, The Disney Family Singalong is now a permanent part of the Disney+ catalog. The 52-minute special, hosted by Ryan Seacrest, features appearances from musicians like Beyoncé, Demi Lovato, and Josh Groban singing some of your favorite Disney songs with their own families from their homes. Even though it aired live on ABC on April 16, Disney+ subscribers can now experience the night again whenever they please.

You will, however, need a Disney+ subscription, which will run you $6.99 a month, though you can sign up for a free seven-day trial without committing, too. The Disney Family Singalong is also available to stream on Hulu until Friday, April 24 and you can watch select clips from the special on YouTube, too.

The Disney Family Singalong is full of sweet moments, like Josh Groban's rendition of "You've Got A Friend In Me" from Toy Story, Thomas Rhett's version of "Do You Want To Build A Snowman?" featuring his two daughters, and Jordan Fisher singing "Under The Sea." But don't worry if can't remember all the words to these classics — the special has lyrics at the bottom of your screen so you can sing along easily.

With both Frozen movies, all four Toy Story movies, and so much more, the Disney+ catalog is already impressive enough and the addition of The Disney Family Singalong has made it just a little more musical.